Public Transport Victoria in the dark on bus performance 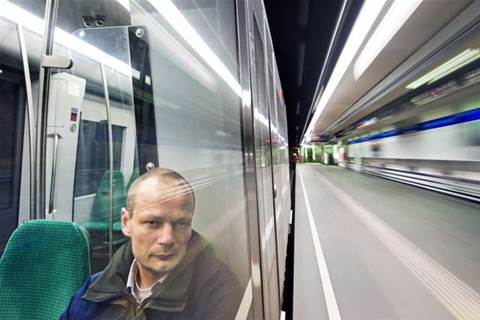 Victoria's Auditor-General John Doyle has called on Public Transport Victoria to start using its newfound bus tracking capability with haste, after finding the government agency had been unable to verify the performance of third party bus operators for several years.

The state’s transport authority took the first steps towards a fleet-wide bus tracking network in 2010, and had devices installed on almost all metropolitan buses by 2013. However, by September that same year it started to rapidly back-pedal on the implementation of what was fast becoming redundant technology.

Despite already spending $14.3 million to implement a new system across 95 percent of Melbourne’s buses, PTV announced it would switch on only 30 percent of the equipment and discontinued the remaining rollout.

The department has since signed a a second deal which would see new technology installed in Melbourne by July 2014.

However, Auditor-General Doyle has today pointed out that the technology is years overdue and has left the state vulnerable to being taken for a ride – figuratively at least – by underperforming bus operators.

Under the terms of their contracts with PTV, third party bus operators are required to submit records of punctuality and reliability of at least five percent of all services each month. The vast majority of these are accepted without question by a state organisation which has no way of vetting them, the Auditor complained.

“There is no evidence of systematic quality assurance by PTV to verify their accuracy. Therefore, PTV in effect relies on bus operators to self-regulate, which means no one really knows whether [the buses] run on time—or in some cases if they run at all.”

The absence of a tracking system – which other Australian states have up and running already – also means that PTV is unable to properly assure itself performance data is correct before it pays out financial incentives to operators that exceed their targets, let alone reliably test the impact of transport reforms on the metropolitan bus network.

“Until recently, the longstanding absence of a bus tracking system meant that performance information previously used by PTV has been inadequate to support effective decision-making and to assess or improve the value for money the state achieves in contracting out the operation of bus services."

Doyle has called on PTV to get a wriggle on and deploy the new bus tracking technolog in full. He asked that it also to get the resulting data into the hands of passengers as soon as possible in the hope of improving the experience of public transport in the state. This might also boost patronage of these services, he noted.

“The efficiency, reliability and quality of public transport can make a major difference to people's willingness to use it."

In his response to the report, PTV chief Mark Wild confirmed that the new system went live last month, and said the agency has ambitions to release the data streams for use in real-time arrival apps. Wild did not give any indication of when this might happen.

It is the second time this year that the botched bus tracking program has been drawn into the Auditor-General’s crosshairs.

In June he noted that the new contract has failed to include integration with the priority signalling project already underway. PTV has promised to remediate this oversight in the second half of this year.