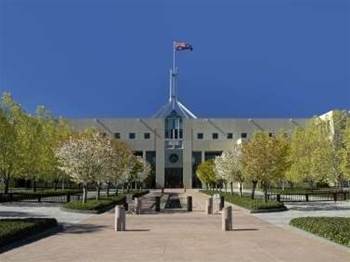 Senior public servants have spoken out about the need for attitude changes thoughout Government before its data can be made more accessible online.

Stressing she was not speaking for her Department but in a "personal and professional capacity", Garlick warned the assembled 200 delegates that public servants' use of Gov 2.0 tools "is still not a given."

She discussed the recent case of a Customs Service decision to prohibit staff from accessing OpenAustralia.org because it was classified as a blog and posed a threat to Customs' border and protection network.

"Firstly OpenAustralia is not a blog," Garlick said. "It is actually an amazing example of Gov 2.0 in this country. It takes Hansard - which is very clunky and it repackages it into a searchable and easy to access form and it allows you to sign on for email alerts whenever your issue is mentioned in Hansard records.

"That seems to me to be a useful and essential tool to those that work in Government."

Garlick also questioned how a blog could be classified as a security risk.

"Is anyone here from Customs Service in this room?" she asked. "You probably don't know that there are other blogs out there. Some of those blogs for example are the Whitehouse, another is the Department of Finance, my Department has a blog. There are lots of people are now using blogs.

"There must be some way we can resolve this concern - that it is regarded as a security risk when it is actually a platform in which a large number of organisations large and small and individuals communicate," she said.

Garlick also highlighted concerns raised at a recent Senate Estimates hearing about a Twitter commentary published by public servants at the Department of Finance as they wrapped up a task force meeting - ironically about Gov 2.0.

"The line of questioning suggested there was a problem with these tweets," she said. "There was a suggestion that it could bring into question the impartiality and the apolitical nature of the Australian Public Service."

Garlick also took issue with the pace at which government agencies make announcements. She said government information delivery was still in the "email era", but that the world had gone "real time".

Peter Alexander, assistant secretary of the Online Services Branch at the Australian Government Information Management Office (AGIMO) said these hiccups were the result of a "culture issue" rather than a technology problem.

"You have to realise what we are moving from is a position where we were closed as a default. We didn't have open licensing as a default. Suddenly the game has changed fairly rapidly. There is a new default that we release documents more openly," he said.

Alexander said he had pressed for open licensing agreements for releasing Government information and data sets over the last six months under the creative commons licence.

While open licensing of data sets was the official default position, it was a still a matter for individual agencies to determine, he said.

This differed from the position in the UK, where there is a uniform approach to most releases of official data, as Andrew Stott, the UK Director for Transparency and Digital Engagement explained in his talk.

Most UK Departments' information and data sets are available on a central licensing scheme that expressly covered data sets as well as the official source, Stott said.

The data.gov.uk project has issued some 4000 separate data sets - many of which have become indispensable public resources..

Stott said the UK Government's approach focused more on disclosing data rather than promoting twitter, blogs and other social media to date.

Alexander said there were still challenges in building data.australia.gov.au and releasing data sets -  primarily over metadata and data standards.

"We are doing a lot of work with the ABS, Geoscience Australia on getting common metadata descriptors," he said "We are talking of about 10 fields of metadata that are common between geospatial, statistics and Australian Govt Locator Service so we can make data.australia.gov.au excellent and its data easily discoverable and usable."