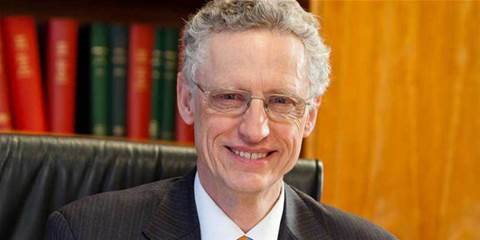 Sweeping new data sharing and release laws proposed by the federal government will give agencies the power to veto data requests from other agencies and trusted third-parties.

Freshly generated Australian statistician David Gruen this week said the planned Data Availability and Transparency Bill would grant agencies the ability to exercise their own judgement with data.

“Use of the proposed legislation by Commonwealth agencies is enabling and optional,” held told the Institute of Public Administration Australia (IPAA).

“Further, if data custodians decide not to share data, this cannot be overturned by the national data commissioner.”

The Data Availability and Transparency Bill, which is slated to be introduced before July, is expected to unlock public sector data for sharing with “trusted users” like government agencies and academics.

It is the result of almost two years of work by the Office of the National Data Commissioner and follows the release of the 2018 Productivity Commission report into data availability and use.

Previously the Data Sharing and Release Bill, the proposed laws will overwrite some 500 data secrecy and confidentiality provisions in 175 pieces of existing legislation.

However, data will only be released if it is related to improving policy, program evaluation, service delivery and research and development.

But will also not require agencies to obtain consent from individuals before data is shared, and will instead place the onus on “data custodians and accredited users”.

Gruen told the IPAA the laws will provide agencies with an “alternative pathway” to share data “where it is not currently possible or practical to do so, provided certain safeguards are met”.

“There is enormous public value to be unlocked by making data as available as possible to trusted users, but to do so comes with a crucial caveat,” he said.

“That caveat is that a high standard of appropriate safeguards, such as those I have outlined today, must be in place.

“These include a commitment to maintaining privacy; highly developed data security; and transparency and engagement with stakeholders and the public on the use of data.

One dataset to rule them all

The Data Availability and Transparency Bill, which is now expected to be released for a second round of public consultation, will be particularly significant for the Australian Bureau of Statistics as it continues to create rich datasets.

“It seems clear that the potential value of data increases many-fold when individual data sources are brought together to enable public-policy issues to be examined from a range of different perspectives,” Gruen said.

“For example, combining the health, education and employment circumstances of people can teach us a lot more than examining each individual characteristic on its own.

“Similarly, joining together data on the performance of businesses with that on the skills of their employees generates added insight.”

The ABS currently looks after two “significant integrated data assets”, the Business Longitudinal Analysis Data Environment (BLADE) and Multi-Agency Data Integration Project (MADIP), which it is in the process of expanding.

BLADE is a “series of integrated, linked longitudinal datasets, while MADIP is a “people-centred data asset” that “combines information on healthcare, education, government payments, personal income tax, and population demographics.

“Ultimately, the goal is to develop an integrated data asset that combines MADIP and BLADE, as well as other important Commonwealth and State government data, to underpin research across economic, social, geospatial and environmental areas,” Gruen said.

“With more data being integrated, securely available and used by an increasing number of users, there has been a large rise in the number of topics being tackled using the integrated data assets.”