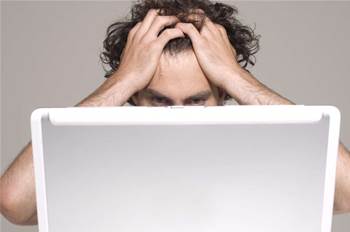 At approximately 3:45pm on Sunday, Primus' Melbourne data centre was hit by a power outage affecting services to all of its major customers, including internet service providers iPrimus, Exetel, Westnet, iiNet, Internode and Netspace.

In an email to data centre customers, Primus blamed the outage on "high tension fuses in the CitiPower substation" feeding into the data centre.

When a data centre usually loses power it will switch to an Uninterruptible Power Supply (UPS). The UPS system at Primus successfully held the data centre up for approximately 30 minutes, but when it came time for the backup generators to kick in, they failed.

The two backup generators failed to start "due to a synchronisation processor failure".

"We...experienced a similar issue several months ago and are in the process of executing a plan to resolve this issue," Primus said in its email to customers.

Despite this, Primus said it would continue "the upgrade of the CitiPower substation that is planned for this coming weekend".

Matthew Proctor, Head of Data Centre Business at Primus told iTnews that if it could change to another power supplier it would, but it was not an option.

"What we're doing is working very closely to upgrade and enhance the supply from CitiPower," he said.

Ravi Bhatia, CEO of Primus, had previously promised that after an upgrade scheduled to finish May 8, the data centre would be "beyond bulletproof."

Several various ISPs were able to route traffic via different data centres to keep their customer's connections active. As a temporary fix, Internode routed their Tasmanian customers to their Adelaide data centre and issued an advisory noting a higher latency than normal on those connections.

"Every data centre I've ever dealt with has gone dark at least once, but three times in eight months is inexcusable," Morrissey said.

"There was an outage in February which was troubling, but as we didn't have any customers on that equipment we weren't too concerned. After that outage Primus made all kinds of promises".

At the time, Primus told Morrissey future outages would be avoided via a $2 million upgrade.

"Then there was another outage in April. We were willing to give them the benefit of the doubt the first time. (But) ultimately we have a responsibility to our clients to stay as close to 100 percent uptime as possible. (And) Primus [is] making that difficult for us," he said.

Morrissey added that his company was looking at what was involved in getting out of its contract with Primus.

"In response to this, we're having to roll out additional hardware interstate so we're no longer dependent on Primus being online," he said.