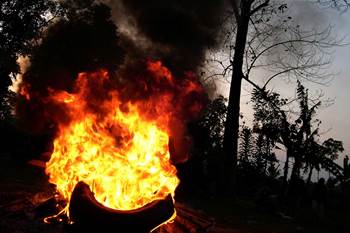 Registration fees not to rise more than ten per cent on average for eight years.

Ethos Capital, the prospective buyer of the Public Interest Registry (PIR), an Internet Society controlled organisation that runs the .org top level domain, has offered a set of legally binding commitments to pour oil on the troubled waters of the deal.

In November last year, Ethos Capital announced that it had reached an agreement with ISOC to buy PIR, and with it .org, for US$1.135 billion.

The deal created a firestorm of controversy among ISOC members, .org registrants and the domain name industry, which have sharply  criticised the deal for lacking in transparency and potentially leading to large price hikes.

Now Ethos Capital is seeking to assuage criticis of the deal with a set of legally binding commitments to .org commitments, to help push through its buy of PIR.

Four new amendments to PIR's registry agremeent with ICANN are proposed by Ethos Capital, including a limit on fees charged to registrars for initial registration and renewals of .org domain names.

Ethos Capital proposes that the prices won't be increased by more than ten per cent a year on average for the next eight years, from the start of the current .org registry agreement with ICANN.

Furthermore, Ethos Capital offers "a precise formula that does not permit front-loading of those price increases," ISOC told its membership in an email announcing the commitments.

The venture capital fund did not say how much registration charges would go up after the next eight years.

As part of the commitments, the .org Stewardship Council will get an advisory role and veto rights to stop PIR policies around censorship and freedom of expression, and how registrant and user data is handled.

PIR employees, directors or members cannot sit on the Stewardship Council which can veto any attempt at limiting its oversight of PIR policies.

A Commnuity Enablement Fund with US$10 million will also be set up by PIR to support Stewardship Council approved initiativies that benefit .org registrants.

Ths could potentially delay any decision from ICANN on the acquistion as long as until April this year.