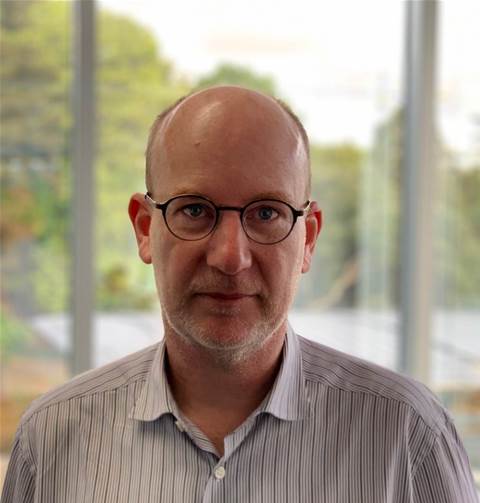 Did ISOC leave US$1 to US$2 billion on the table?

As controversy dogs last month's sale of the Public Interest Registry that manages the .org top-level domain to a private equity firm, details are starting to emerge on the secretive deal.

Although the Internet Society at first declined to reveal how much money Ethos Capital offered for PIR, it has now revealed the amount: US$1.135 billion or A$1.679 billion.

That offer puts a price tag on each .org's 10.5 million registrations of approximately US$108.

Currently, the annual registration charge for a .org domain is US$10.

Ethos Capital has indicated that it intends to keep wholesale registration price hikes at ten per cent per annum.

Former McKinsey Consultant and New Zealand based venture capitalist Lance Wiggs analysed the deal after the purchase sum became known, and said that "from what I can see I believe this was a really bad deal."

Although details on the deal between Ethos Capital and ISOC are unusually scarce, Wiggs argued that at least US$1 billion and maybe as much as US$2 billion were left on the table.

However the forecast for next year is US$55m, so the yield is 4.8 per cent. They sold the company for a bond rate," Wiggs said.

Wiggs said that with the forecast return at US$55 million and with a ten per cent annualised profit increase the returns would be "off the charts" even if costs rose at the same rate.

After the sale of PIR concludes, Wiggs expects the new owners of PIR to "not just the wholesale prices up by ten per cent a year but also pull all the other fees and costs levers hard.

This would result in much greater than ten per cent profit growth; however, even at 10 per cent per annum, after a decade the new owners would be collecting US$142 million a year making debt servicing and repayment not an issue, Wiggs pointed out.

At US$142 million a year with ten per cent growth, PIR could be sold, perhaps for as much as US$4 to US$6 billion.

"It's the deal of a lifetime - a seller like ISOC doesn't come along that often," Wiggs said.

Wiggs said he felt for the directors of PIR and ISOC as this sort of deal is hard even for highly paid and experienced directors of multi-billion dollar listed companies.

The VC suggested that ISOC should stop the deal and get legal and banking advice before continuing and publish a detailed account of the transaction.

Not doing so could mean a lawsuit against ISOC, PIR and the individuals involved in the deal could materialise.

"There are plenty of litigation funding PE firms out there, and I am sure some are looking this over already," Wiggs said.

At a webinar last week [pdf], ISOC chief executive Andrew Sullivan the organisation's chair of its board of trustees Gonzalo Camarillo defended the secrecy around the deal, saying consulting the greater community would have derailed PIR's business plans for this year completely and made the non-profit organisation less valuable.

"I don't plan on winning the lottery either.

But if I found a winning lottery ticket on the on the ground, you can bet I'd cash it.

I think that that's the situation here.

What happened is, we found ourselves with this surprise, and we reacted," Sullivan said.

The Internet Society also feared Ethos Capital would walk away from the deal if a public bidding process was suggested.

ISOC has said it intends to set up an endowment fund with the US$1.135 billion it would receive.

Ethos Capital is a newcomer in the internet business world. It was set up this year by Erik Brooks, formerly of Arby Partners which bought domain registry Donuts.

The private equity firm is backed by funds associated with Republican-party connected billionaires such as the Perot, Johnson and Romney families.

Chehadé is the former chief executive of the Internet Corporation of Assigned Names and Numbers, which oversees top-level domain governance and this year lifted the price caps on .org registrations.

Despite ISOC's assurances that the deal is good for the worldwide society, disagreement has flared up in its ranks.

ISOC's chapter in the Netherlands issued a statement, calling on its mothership to reverse the sale of .org to Ethos Capital as the deal is not inline with the 2002 agreement with ICANN that gave the Internet Society the contract to manage the TLD.