Pressure grows for IT inclusion in Copenhagen 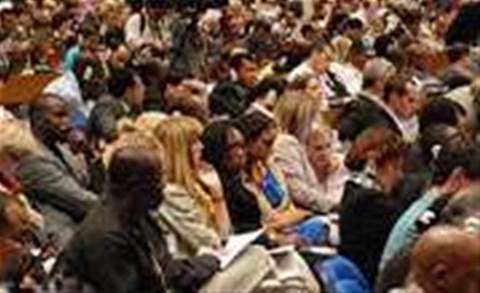 The international body that regulates telecommunications has succeeded in getting mention of IT into the draft climate agreement to be negotiated at Copenhagen next month.

The International Telecommunications Union (ITU) says the move is vital to getting the IT sector included in the Clean Development Mechanism (CDM) or any successor to it.

The CDM allows government and businesses in the developed world to receive carbon credits for investing in certain types of carbon-reduction projects in the developing world.

But IT companies that want to invest in carbon-reduction projects in developing countries won't receive credits.

This has to change, according to Malcolm Johnson, director of the ITU's standardisation bureau.

"This is a way of bridging the digital divide and tackling climate change. It's a win-win situation," he said.

Awarding CDM credits for IT projects would encourage IT and communications firms (ICTs) to develop smart grids, intelligent transport systems and high-speed broadband in developing countries – all of which reduce emissions.

The ITU argues that IT firms will eventually invest in developing countries anyway.

Encouraging them to do so now and awarding credits for certain projects will encourage them to do so in a more sustainable manner.

For example, instead of simply replacing mobile phone masts which provide the telecoms infrastructure in African countries, firms would receive carbon credits if they installed replacement masts powered by renewables.

Cisco chief executive John Chambers and Ericsson chief executive Carl-Henric Svanberg are understood to be pressing the US and Danish government respectively to get ICTs mentioned more widely in the Copenhagen agreement.

Johnson says the ITU has written to all governments attending Copenhagen and asked them to press for further inclusion. The ITU will also have a delegation at the conference.

The move is also understood to have the support of Ban Ki-moon, secretary general of the UN, who is likely to mention the importance of ICTs in reducing emissions in his opening speech at Copenhagen.

But the ITU still fears that the subject of ICTs will be dropped in the frantic trading that goes on during negotiations.

A report from the Climate Group found that ICTs have the potential to reduce global greenhouse gas emissions by 15 percent by 2020.

Got a news tip for our journalists? Share it with us anonymously here.
itweek.co.uk @ 2010 Incisive Media
Tags:
agreement copenhagen finance for grows hardware in inclusion it networking pressure strategy