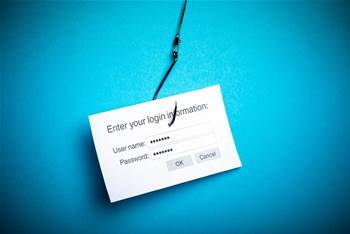 Parliamentarians and their staff will be subject to phishing email simulations in the wake of the state-sponsored cyber attack against Parliament House earlier this year.

The Department of Parliamentary Services will conduct the simulations as part of a new program to test the cyber security awareness of its more than 4000 parliamentary computing network users.

“DPS has implemented a new program that will see simulated cyber-attack emails, known as ‘phising’ emails, sent to parliamentarians and their staff to test reactions and improve awareness of the dangers of this type of cyber attack,” the advisory states.

While the federal government is unlikely to release even a redacted version of the final report, formation of the program suggests the compromise may have occurred after users were directed there by a rogue email.

Senate President Scott Ryan revealed earlier this month that the malware infection was unknowingly caused by a small number of users after they vised an unnamed website that had been compromised.

He said cyber attack, which since been labelled “Australia’s first national cyber crisis” by the Australian Signals Directorate (ASD), caused a limited amount of non-sensitive data to be stolen from DPS and a small number of parliamentarians.

Ryan also revealed that the attack, which was later found to have extended to the networks of the Liberal, Labor and National Parties, took cyber security experts a full nine days to eject that attacker form the network after it was identified.

A state-sponsored actor is still widely believed to have been responsible for the attack, though the federal government is yet to make any attribution claims.

Shadow Assistant Minister for Cyber Security Tim Watts tweeted that the program was a welcome move by DPS to “build the cyber resilience of the Australian Parliament IT systems”.

“Programs like this are common in other jurisdictions and will hopefully help drive behaviour change amongst users of the system,” he said.