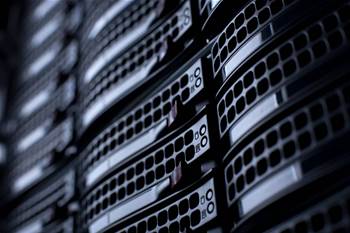 'Most sensitive data already out'.

The decision – which iTnews first revealed last month – will see the department continue to host data with the Chinese-owned facility for up to the next five years, despite previously flagging its intention to leave by September 2020.

It signed a new $53.5 million property lease with Global Switch in October 2020, while at the same time extending a separate property lease under an existing deal at a cost of $8 million.

The move is at odds with other agencies like the Australian Taxation Office and the Australian Securities and Investments Commission, which are both slated to leave the data centre by 2022.

Defence put the decision down to the size of its data holdings, which it said was “impractical to migrate… prior to the expiry of the Defence lease in September 2020”, though it was able to migrate some of its data out by mid-2020.

Facing questions about the deal prompted by an ABC report on Tuesday, Morrison told parliament [pdf] that Defence had already “migrated its most sensitive data to a purpose-build data centre”.

“Consistent with the whole-of-government hosting strategy, Defence data migrations of sensitive ICT data and assets was completed ahead of schedule and under budget prior to the expiration,” he said.

“Defence is now progressing work consistent with the strategy to migrate less sensitive and unclassified data assets to an alternative data centre.”

Morrison added that “Defence has and will continue to retain full operation and control of its data halls within the Ultimo data centre” and has “24/7 Defence security presence, remote CCTV monitoring and regular security audits".

In a statement, Global Switch APAC group director Damon Reid said the company provides customers with "world class reliability, security and flexibility" across all of its international markets.

"Global Switch has no access to any customer data, we simply build and operate high quality real estate with the right power, cooling and physical security so that our customers are able to focus on their core IT requirements," he said.

Updated 1:15 to include Global Swtich statement