Plunder downunder: How to read the iiTrial piracy verdict 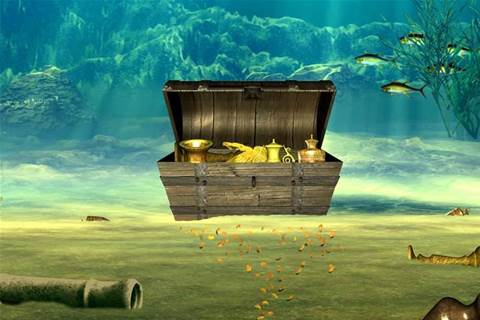 Legal experts have questioned the extent to which the High Court of Australia's decision in the copyright stoush between ISP iiNet and the film industry sets a new legal precedent for future copyright infringement cases.

A major investigation by iTnews in the wake of the court decision reveals relief and clarity for the internet industry on issues of liability in the digital age.

But the victory is tempered by fears of over-confidence among ISPs and by the scale of the film industry's legal losses. The lack of an obvious path forward suggests something has to give.

When the High Court of Australia handed down its judgment late last week, some legal observers were taken by the judges' collective brevity.

Stripping out the obligatory background on the Copyright Act and the recap of factual circumstances and lower court arguments, the High Court's majority decision can be read in a matter of pages.

It's a stark contrast to the 2009 Federal Court trial and 2010 full bench appeal, where the judgments were hundreds of pages long.

"Despite the fact this was a case that took a long time to argue in the Federal Court and in the Full Federal Court, and involved a lot of amicus curiae briefs, the actual application of the principles to the facts was relatively straightforward and simple," Griffith Hack principal Wayne Condon says.

"I think the High Court cut through the morass of various ways the case was put and made a relatively simple application of Section 101(1A) [of the Copyright Act], which I think is a relatively refreshing approach to this area of the law."

Lawyers canvassed by iTnews were generally appreciative of the High Court's distillation of the case's complexity. Most agreed it provided some clarity on the liability of internet intermediaries for the actions of their users.

"These people get to the point, state it authoritatively and get off the bench. You'd be surprised how brief a lot of High Court judgments are."

Condon says that the court's few words don't undermine the importance of the decision. "It's well expressed. It's briefly expressed, but that doesn't undermine its authority and gravitas," he says.

Where that brevity potentially bites is in the extent to which one can hold up the High Court's iiTrial judgment as a new precedent for determining whether an accused party - through its actions or inaction - authorises allegedly infringing activities.

Authorisation is the core tenet of iiTrial. At its heart is whether iiNet effectively authorised the actions of its customers by allegedly failing to act on notices of internet piracy.

The case drew heavily on a 1975 High Court judgment between the University of New South Wales and author Frank Moorhouse, concerning photocopies of books made in a university library.

Moorhouse is responsible for a particular judicial definition of 'authorise' - 'sanction, approve, countenance'.

It was up to the film industry - represented in court by the Australian Federation Against Copyright Theft (AFACT) - to prove that iiNet sanctioned, approved and countenanced the infringing actions of users on its network. By definition, iiNet could then be taken to have "authorised" those infringements.

One potential weakness in the film industry's case was their focus on 'countenance' over the other definitions of authorisation [section 499, 2009 trial]. Justice Dennis Cowdroy made it clear in his original judgment that proving only 'countenance' wasn't enough to satisfy a finding of authorisation.

"It is to be noted that the judicial authority refers to all three words (sanction, approve, countenance) together, separated by commas and therefore all are to be considered," Cowdroy wrote.

The internet industry is undoubtedly relieved the argument was rejected at every legal turn. Lawyers interviewed by iTnews say the right call was made.

"[The film industry] were trying to argue for the broadest possible interpretation of authorisation," Condon says.

"The general countenancing infringement concept was one that has, in the previous cases, been put forward and ultimately [been] rejected.

"As a matter of general law relating to authorisation of infringement of copyright, but also within the terms of Section 101(1A) of the Copyright Act, you need to look at the three aspects set out in that section to determine whether or not authorisation occurs. Mere countenancing is not enough."

King & Wood Mallesons partner Maurice Gonsalves concurs: "It's not unexpected that copyright owners would try and push the boundaries because that's in their interests to do so.

"But I think the example of the court saying, 'No, we need to draw the line here', really confirms, I think, the common understanding of the doctrine of authorisation rather than the more strained interpretation of it, which the studios were trying to push.

"My view was always that the attempt by the film studios to make iiNet liable was really pushing the limits of the doctrine of authorisation beyond what it was intended to do. The judgment ... was very much in line with my understanding of the law."

Gonsalves notes the film studios use of the words sanction, approve and countenance as "synonyms" for authorisation.

"They took countenanced, which is potentially the broadest of the three, and said, 'On one meaning of countenanced you could say that iiNet were countenancing', but that's not the correct meaning," he said.

"You can't just apply the widest meaning of the synonym and say that's the law. That's not the law.

"At least [the High Court judgment] shows that a more expansive interpretation pushing beyond Moorhouse is not the law."

The future for Moorhouse

The by-product of iiTrial was an expected new legal precedent to determine authorisation in the digital age. That's been achieved to some extent, though notably within the confines of a specific set of facts and not in any way that supersedes or otherwise displaces the existing benchmark: Moorhouse.

"I think it's right to at least query how [iiTrial is] going to be used as precedent for the next authorisation case that will come up presumably in different circumstances," Baker & McKenzie partner Adrian Lawrence says.

"I don't think it's attempted, for example, to overturn Moorhouse. Certainly the court didn't suggest that Moorhouse is no longer good law and it would be surprising if they had, given that's a long standing high court authority.

"But does [iiTrial] add a huge amount, even in the digital space? I do wonder."

In some ways, it could be argued the length of the judgment severely limits its applicability to cases where the facts are materially different to those in iiTrial. The judgment is simply not prescriptive of its broader applicability to other cases of authorisation.

Lawrence believes the lack of prescription to sate broader cases of authorisation is a deliberate omission.

"They've quite clearly come out with a short, sharp judgment on the issue, and they've really said, 'We're not going to speculate in other areas that are not relevant specifically to the decision we've made. Here's our decision on the key points, that answers the question, that's it'," he says.

Cooper Mills' Peter Moon is dismissive of any link between the lack of detail in the judgment and lack of broader applicability of the case law. "The High Court's always mindful of the fact that where a case largely depends on its particular facts, there isn't a lot of point in then rabbiting on about it, because it only tells you about those facts."

King & Wood Mallesons partner Maurice Gonsalves adds: "At the end of the day each case depends on its own facts, so you've got to analyse the facts and work out whether or not what's been done or failed to be done in this case amounts to authorisation.

"Whilst precedent is important [to authorisation cases], if the facts are different you're going to have a different outcome."

The applicability of the iiTrial judgment to even another ISP accused of authorising similar acts of infringement on its network could be brought undone by the network assets they hold.

"I've certainly known ISPs where, for reasons of shaping when traffic was out of control, needed to prioritise some traffic and slow down others, they had routing equipment that was perfectly capable of picking out BitTorrent and other protocols and shaping it or if they wanted to shut it down altogether, they could.

"iiNet didn't have that capacity on the evidence we've been given. [But] if another ISP came to me [for a new case], one of the first questions I'd be saying to them is, 'iiNet was in the clear because it had no capacity to specifically deal with BitTorrent, but do you have this routing equipment?'.

"If the answer was yes, I'd say, 'There we go. You're immediately in a different basket than iiNet."

Read on for whether ISPs are off the hook on copyright indefinitely, and whether the Government is prepared to intervene.