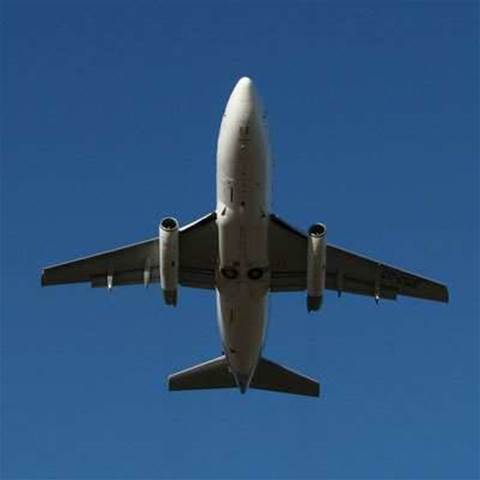 Shifting the focus from physical to cyber security.

Security researcher Chris Roberts made headlines last month when he was hauled off a plane in New York by the FBI and accused of hacking into flight controls through his underseat entertainment unit.

Other security researchers say Roberts - who was quoted by the FBI as saying he once caused "a sideways movement of the plane during a flight" - has helped draw attention to a wider issue: the aviation industry has not kept pace with the threat hackers pose to increasingly computer-connected airplanes.

Through his lawyer, Roberts said his only interest had been to "improve aircraft security."

"This is going to drive change. It will force the hand of organisations (in the aviation industry)," according to Jonathan Butts, a former US Air Force researcher who now runs a company working on IT security issues in aviation and other industries.

As the aviation industry adopts communication protocols similar to those used on the internet to connect cockpits, cabins and ground controls, it leaves itself open to the vulnerabilities bedevilling other industries - from finance to oil and gas to medicine.

"There's this huge issue staring us in the face," says Brad Haines, a friend of Roberts and a security researcher focused on aviation. "Are you going to shoot the messenger?"

More worrying than people like Roberts, according to Mark Gazit, CEO of Israel-based security company ThetaRay, are the hackers probing aircraft systems on the quiet. His team found internet forum users claiming to have hacked, for example, into cabin food menus, ordering free drinks and meals.

That may sound harmless enough, but Gazit has seen a similar pattern of trivial exploits evolve into more serious breaches in other industries.

"It always starts this way," he said.

One airline official at a recent trade show, he said, feared the growing trend of offering inflight wi-fi allowed hackers to gain remote access to the plane. Another senior executive demanded that before discussing any sale, vendors must prove their inflight entertainment systems do not connect to critical flight controls.

Panasonic and Thales, whose inflight entertainment units Roberts allegedly compromised, declined to answer detailed questions on their systems, but both said they take security seriously and their devices were certified as secure.

Airplane maker Boeing said while such systems do have communication links, "the design isolates them from other systems on planes performing critical and essential functions."

European rival Airbus said its aircraft are designed to be protected from "any potential threats coming from the in-flight-entertainment system, be it from wi-fi or compromised seat electronic boxes."

Steve Jackson, head of security at Qantas, said the airline's "extremely stringent security measures" would be "more than enough to mitigate any attempt at remote interference with aircraft systems."

But experts question whether such systems can be completely isolated.

An April report by the US General Accountability Office quoted four cybersecurity experts as saying firewalls "could be hacked like any other software and circumvented," giving access to cockpit avionics - the machinery that pilots use to fly the plane.

That itself reflects doubts about how well an industry used to focusing on physical safety understands cybersecurity, where the threat is less clear and constantly changing.

The US National Research Council this month issued a report on aviation communication systems, which said while the Federal Aviation Administration, the US regulator, realised cybersecurity was an issue, it "has not been fully integrated into the agency's thinking, planning and efforts".

The chairman of the research team, Steven Bellovin of Columbia University, said the implications were worrying, not just for communication systems but for the computers running an aircraft.

This, security researchers say, can be seen in the slow response to their concerns.

The International Civil Aviation Organisation (ICAO) last year highlighted long-known vulnerabilities in a new aircraft positioning communication system, ADS-B, and called for a working group to be set up to tackle them.

And that's just the start. Aviation security consultant Butts said his company, QED Secure Solutions, had identified vulnerabilities in ADS-B components that could give an attacker access to critical parts of a plane.

But since presenting his findings to vendors, manufacturers and the industry's security community six months ago he's had little or no response.

"This is just the tip of the iceberg," he said.