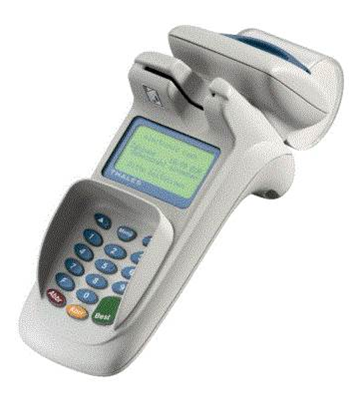 Germany’s most popular Point of Sale (PoS) terminal contains a buffer-overflow vulnerability which allows payments cards to be cloned and PINs captured.

The faked transaction would bluff cash registers into accepting the transactions as legitimate and serve to hide the fraud from customers.

Researchers said the vulnerability was dangerous because many devices could be attacked if hackers gained access to a retail network.

Roth demonstrated the vulnerabilities further for Germany's ARD TV by installing an instance of the game Pong on one of the PoS devices.

While the manufacturer promised to release a patch for the flaw, another flaw was discovered in that the JTAG debugging interface could be accessed without opening the device.

Srlabs said the interface could not be switched off.

The country's banking industry group said EMV cards could not be duplicated, but researchers said it would not stop attackers.

“Unfortunately, the world-wide payment infrastructure’s planned updates to EMV do not protect from compromised terminals.”