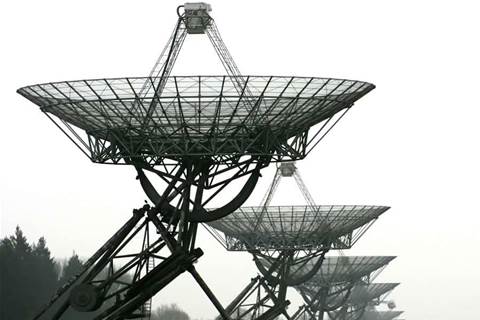 Earth's previous attempts to contact intelligent, extraterrestrial life could be too disorganised or cryptic for non-human beings to decode, US physicists have reported.

In a submission to the international journal, Space Policy, postgraduate astrophysicists Dimitra Atri, Julia DeMarines and Jacob Haqq-Misra suggested that a protocol be developed to improve the likelihood that messages would be understood.

The messaging to extraterrestrial intelligence protocol (METI, pdf) would include constraints and guidelines for signal encoding, message length, information content, the researchers wrote.

It should also specify a transmission strategy, they said, suggesting a simple physical or mathematical language with the signal repeated regularly to avoid being overlooked as noise.

The researchers suggested transmissions use either 1.42 GHz or 4.46 GHz frequencies to coincide with radio frequencies commonly observed in nature, and assuming "modest technical capabilities" of an extraterrestrial receiver.

Frequency, pulse and polarisation signal modulation techniques should also be considered to maximise the probability of detection, they said.

Noting that there were a few telescopes - including Arecibo in Puerto Rico - currently able to transmit messages at "planetary distances", the researchers called for a dedicated beacon to be established for conducting regular broadcasts.

"This is a much longer-term ambition that will require significant international investment and cooperation," they wrote.

The dangers of communication

Atri and his team argued that Earth had been emitting electromagnetic signals for more than a century, mostly as "unintended leakage from television, aviation, and telecommunication".

"An advanced civilization within a radius of 100 light years could detect our television shows and already know we are here, so there is little hope in concealing our location in space," they wrote.

Since 1974, humans have intentionally broadcast the numbers one through ten, atomic numbers of elements in DNA, graphics of a human, the solar system, and Arecibo, musical melodies, text messages, photographs and drawings.

The researchers noted that messages had become increasingly "anthropocentric" and complex, which could make them more difficult for extraterrestrial listeners to decode and decipher.

"Modern technology allows for large amounts of data to be transmitted at moderate costs, but the broadcast of massive amounts of information assumes that the recipient extraterrestrials will be capable of comprehending a complex message," they wrote.

"Given that we know very little about the nature of extraterrestrial civilizations, if they exist, we are likely to increase the probability of us successfully communicating to them if we use a message that the recipient is likely to understand."

Once developed, a METI protocol could be used to test communication across human cultural boundaries, the researchers wrote.

They suggested the establishment of a website through which members of the public could create sample messages that conformed to the protocol, and retrieve and attempt to decrypt messages by other users.

"A METI protocol is needed in order for a unified and international effort to be made in messaging extraterrestrials," they concluded.

"By carefully constructing a framework by which to write and send messages, we will optimize the quality of messages as they are broadcast and increase the probability that we are understood."

The paper was expected to be published in the May or August issue of Space Policy.