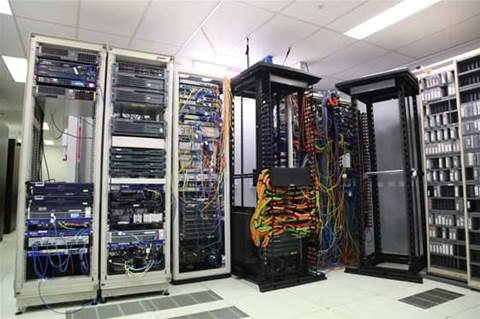 To build private cloud for testing and development.

Data centre managers at the Prince of Wales Hospital – one of three data centres that served the area health service – bought VMware licenses and hardware for a virtualisation pilot.

The hospital planned to deploy a virtual testing and development environment within the financial year with the assistance of supplier HP.

The facility housed email, documents, a patient administration system and any clinical applications that were implemented before the formation of NSW shared services provider Health Support Services in 2007.

Botros said the data centre had grown from housing less than ten servers 14 years ago to more than 400 today.

Although the L-shaped room was difficult to efficiently cool, she said the data centre had achieved a power usage effectiveness of 1.5 through various upgrades in the past decade.

Botros said the area health service would consider further applications of virtualisation after the test and development pilot but that there was “no way that we’d go 100 percent”.

She explained that hospital staff used many clinical applications that would not operate in a virtual environment.

The data centre also had to support some 24,000 Microsoft exchange mailboxes in the area.

Botros said the Prince of Wales hospital was evaluating clinicians’ use of iPads, but desktop virtualisation would “get too complex to support”.

IT staff were currently upgrading the hospital’s 10,500 computers from Windows XP to Windows 7; that upgrade was expected to be completed by the year’s end.