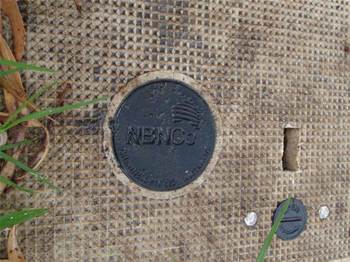 NBN Co has provided a rare glimpse of its fibre network in the first-release site of Kiama Downs, revealing a trial of vacuum excavation for lead-in trenching to homes and its backhaul plans for the site.

Representatives of the company and its lead contractor Transfield told iTnews they would begin completion processes on the work on Friday, with a view to finishing work on March 3.

NBN Co was trialling excavation methods to dig trenches from the street to a premises-connected device (PCD) that is attached to each home.

Although traditional excavation was used for some sites, the company had also used water blasting – where a high-pressure water jet is used to loosen the ground, which is sucked out with a vacuum – on between 150 and 200 homes.

Water blasting or vacuum excavation was attractive because it did little damage to residents' lawns.

"People are most concerned about their rockeries, garden or paving," a site technician said.

"I don't think we've had complaints about the water jet technique."

Another test trenching method was the Grundomat, which involved "thumping" a path underground to the wall of the house.

"Every [trenching] tool has its place," the technician said.

NBN Co ran its backhaul from there to its fibre access node (FAN) at the Kiama exchange five kilometres away.

The backhaul of two cables ran mostly through Telstra conduits that were leased from the carrier. The space was not provided under the the $9 billion deal that NBN Co was finalising with Telstra.

From the FAN site, traffic will run on a transit cable to a Nextgen interconnection point near Wollongong, to take back to NBN Co's interim point of interconnect (PoI) in the Global Switch data centre in Ultimo, near Sydney's CBD.

NBN Co revealed to iTnews that it is exploring deployment routes for a diverse backhaul feed into the trial area for redundancy purposes.

It took 126,000 work hours to get to this point at the site but the companies were proud it was done with no time lost to injury or need for medical treatment.

Of the 406 inductees to the work site, 32 were let go because they broke occupational health and safety rules.

About half of the subcontractors working at the Kiama Downs site were from the Illawarra region, which encompassed Kiama and its neighbours Shellharbour and Wollongong.