Photos: Inside the Computer History Museum 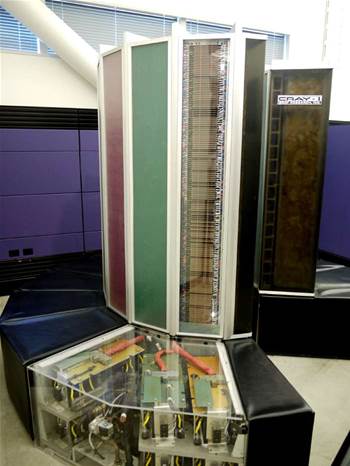 The Computer History Museum in Mountain View, California, started life in 1979 as a small exhibit in the lobby of Digital Equipment Corporation's Massachusetts HQ because Gordon Bell and Gwen Bell wanted to display their personal collection of (relatively) ancient technology.

In 1984, the collection had grown and was opened to the public as part of another exhibition in Boston. It wasn't till 1996, just as the dot com boom had kicked off, that most of the collection was moved to its present location in Silicon Valley.

The photo gallery [see top right] includes pictures of the Cray 1, which in the 1970s' was the most powerful supercomputer in the world, cost $10m and filled an entire room. These days that kind of computing power is available in a mobile phone.

The centrepiece of the museum is the Analytical Engine, which is a mechanical computer that was designed, but never built, by the brilliant English engineer, mathematician and inventor, Charles Babbage.

Recognised as the 'father of computing', Babbage was born in 1791 and died in 1871 but never got to see a working model of his machine. Some 200 years after his death, the Science Museum in London created an Analytical Engine from Babbage's original plans -- and it worked perfectly.