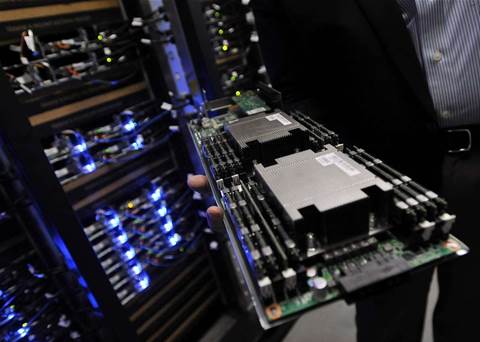 A tour of the Forest City facility.

Facebook has opened the doors of its second data centre in Forest City, North Carolina to a photography tour.

The social network began construction on the facility in November 2010 and switched it on in April. It now serves more than 800 million Facebook users worldwide.

The 16-month, 2000-person project is one of several data centres the company has begun building in and out of the United States in a bid to sidestep traditional facility operators in favour of its own highly-customised setup.

This has allowed the company to attain a power usage effectiveness rating (PUE) as low as 1.06.

The new data centre is 38 percent more efficient and 24 percent less costly than comparable facilities, according to the company.

Click on the photos above to take a tour of the facility.