PEXA draws in DuluxGroup's IT and digital EGM 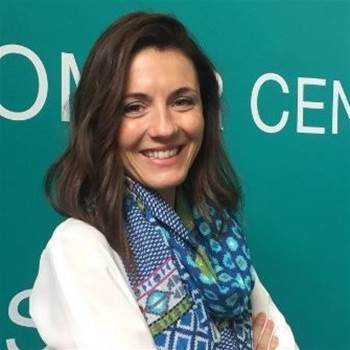 PEXA - Property Exchange Australia - has reinstated its chief technology officer role and appointed DuluxGroup’s IT and digital chief Eglantine Etiemble to fill it.

Etiemble revealed her appointment on Monday, which was confirmed by iTnews.

She previously spent a bit over four years at the iconic Australian paint manufacturer DuluxGroup as its executive general manager of IT and digital before announcing her departure last month.

As PEXA’s CTO, she takes responsibility for IT, workplace technology and information security functions.

The CTO role also supports PEXA’s growth endeavours such as its international, PEXA Insights and PX Ventures operations, as well as the core exchange that handles over 80 percent of settlement transactions Australia-wide.

Importantly, the reinstated CTO role is understood to have been elevated to the group executive leadership team, reflecting the breadth of responsibility that Etiemble assumes.

Since then, Nelson took the role of “group executive, technology” until August 2019, which he then handed to Simon Bray.

Bray then moved into a CIO role in February last year, which he held until September.

Since then, Simon Vallegra and Malcolm Wickett have shared the acting CIO role for the past six months, ahead of Etiemble’s start at the company.

Etiemble initially joined DuluxGroup in 2017 as its chief information officer for two years, before moving into the more expansive IT and digital role at the end of 2019.

Under Etiemble, DuluxGroup started to insource some IT functions it had previously left to partners to run, effectively rebuilding its own internal IT team.

DuluxGroup also reworked some of its existing partnership arrangements, including with Telstra.

Prior to joining DuluxGroup, Etiemble spent over 15 years at Owens-Illinois (O-I), a manufacturer of glass, ceramics and concrete that sold its A/NZ operations to Visy in mid-2020. At O-I, Etiemble held a range of IT, innovation and SAP-oriented roles.

A DuluxGroup spokesperson did not return iTnews' requests for comment.