DuluxGroup drives IT focus into security and mobility 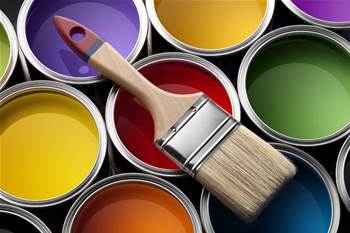 DuluxGroup is in the “very early stages” of pilots with Telstra exploring ways to mobilise customer experiences and create more remote work options for employees.

The company, which is home to brands like Dulux, Selleys, Yates, and B&D Garage Doors, has several open projects with Telstra, which it had rebuilt its relationship with 2.5 years ago following a “bumpy” period.

Executive general manager of IT and digital Eglantine Etiemble told Telstra’s Vantage Remixed conference that the company’s relationship with Telstra wasn’t in good shape when she joined DuluxGroup at the end of 2017.

“If we were to compare our relationship to a marriage, we were very close to divorce,” she said.

“It was such a bumpy start but I think we have lots of … values that are aligned: our customer centricity, our focus on innovation, people and environment. It was a fantastic foundation to rebuild the trust.

“So based on those values we worked through some operational issues. When this was out of the way we really started to address some meaty pieces.”

Some of the early work with Telstra under the renewed relationship enabled DuluxGroup to move more of its infrastructure and workloads into the cloud.

“We were upgrading our network, and all that work allowed us to optimally move our collaboration suites and our CRM to the cloud,” Etiemble said.

“All this work we did over the last couple of years allowed us to be really ready when Covid hit, so overnight our office-based workforce could move to work from home and ... we could reorganise work around the stores and the factories”.

Etiemble said that current packages of work with Telstra that are underway relate to security and mobility.

“Security is a massive concern as we now have a fully mobile workforce,” she said.

“As well, we are looking at a project to make sure that we streamline our device management.”

Although early days, Etiemble said the company is working with Telstra and other undisclosed partners to mobilise some customer experiences, citing an example of work with its B&D brand.

“We are working on a lot of new business models around customers and consumers,” she said.

Etiemble said that a “pain point” of B&D customers was the preparation and planning they needed to undertake before visiting a dealer.

“The stores are not always convenient, so we created ‘B&D to You’. It’s a van coming to your home, and from your driveway you’re able to select across all sorts of doors, but you’re able to get a quote and order directly, which is making the experience seamless.

“When we’re focusing on our strategy for mobility and the future, I think the customer and consumer - and new services that we can provide [them] are at the heart of this,” Etiemble said, adding the company had “plenty of other exciting things in the pipeline.”

She described locations for the future of work not as a binary choice of either the home or the workplace.

“There is an array of possibilities in the middle,” she said.

“How do we create an experience to make sure our employees can connect, collaborate, [and] actually [be] mobile?. That’s the challenge we’re going to be tackling next year.”

Etiemble said achieving that could also help the company attract and retain talent; it is in the process of rebuilding its internal technology function, hiring 50 people in the past two months.

“If you’re looking at our need to attract the best talent in the market and to retain and empower them with the technology they need to thrive, that’s going to be critical,” she added.