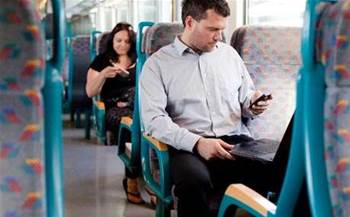 No money in state coffers.

Western Australia’s Public Transport Authority is pushing ahead with plans to install free public wi-fi across the city’s trains, buses and ferries despite having no money to pay for the initiative.

Transport Minister Dean Nalder revealed his plans for the wi-fi rollout in April, and has now directed the PTA to ask ISPs to set up a wi-fi network for the use of WA commuters - for free.

“At this time, there is no WA government sponsored capital reserved for this project,” the agency stated in a request for information.

“The preference is for the provider/vendor to assume all costs for implementing the solution and associated service.”

The PTA does concede later on that a government contribution has not been ruled out entirely.

“The WA government may be prepared to fund one-off costs for establishing the services with a view that this will result in reduced risk to the vendor and lower ongoing costs to the PTA,” the document states. The PTA makes a similar caveat for limited operational spend.

The agency will use the responses to put together a pitch to government to proceed with the initiative and secure any extra cash should no fully-funded offers be forthcoming.

Other state and territory governments have made similar pitches to ISPs for fully-funded wi-fi networks, with most so far fronting up some of the initial cost of installing the network equipment.

In 2012 the ACT government pledged $2.9 million to the Canberra free wi-fi network, which it subsequently announced would be built by iiNet.

Victoria also picked iiNet to rollout and operate its own free network in Melbourne, Bendigo and Ballarat, contributing $6.9 million to the scheme.

The PTA acknowledged the project was not without its challenges - Perth's transport operator manages more than 11,200 timetabled bus services, 1000 train services and nearly 400 school bus services each day.

“However the WA government is encouraged by the success of similar services provided by other Australian public transport operators, WA community locales and in other places across the globe," it said.

Another trial is most likely to occur on buses serving the Perth city circle route, plus two of the city's ferries and five trains.

A schedule for the rollout has yet to be determined, but connectivity is expected to take in all 80+ stations, 1370 buses and 106 trains in the Perth transport network.

This year PTA will also work to install real-time tracking devices and 3G modems to all Transperth buses as part of a $17 million passenger information initiative announced in 2014.

However, it has made it clear that the free wi-fi provider will not be able to piggy-back off any of this new equipment for the provision of the free public service.