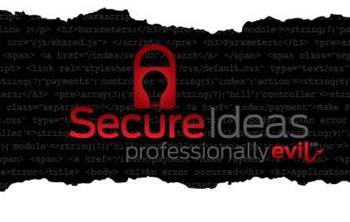 Penetration testing firm Secure Ideas has pulled its talk from the upcoming DEF CON conference in protest against calls for the US Federal Government to be excluded. 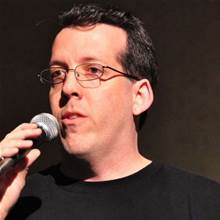 Secure Ideas was scheduled to show delegates ways to assess and attack Microsoft Sharepoint systems and demonstrate and release tools to help organisations assess the security of their own deployments.

The talk was to be co-presented with security consultant James Jardine and was one of about 120 handpicked from more than 500 pitched by security professionals hoping to present to the 15,000 DEF CON 21 delegates.

Chief executive Kevin Johnson said the decision to bar the federal government from attending the event hindered the need for open discussion "at a critical time".

"The issue we are struggling with, and the basis of our decision, is that we feel strongly that DEF CON has always presented a neutral ground that encouraged open communication among the community, despite the industry background and diversity of motives to attend. We believe the exclusion of the 'feds' this year does the exact opposite at a critical time," Johnson said in a statement.

"James and I do not feel that this should be about anti/pro government, but rather a continuation of openness that this event has always encouraged ... we have to support our beliefs of cooperative collaboration to improve the state of information security technology."

Johnson said he did not want the decision to be seen as a political move and added he respected the DEF CON organisers and community.

The presentation will be delivered as scheduled at the DerbyCon event in September.

The decision to both pull the talk and bar the government from attending DEF CON drew mixed reactions from the security community.

While some praised Secure Ideas for its stance, critics argued it would only inconvenience delegates by pulling the presentation.

Many more argued that the decision to bar the Federal Government from DEF CON was at best strange and at worst an insult to those security professionals who were positive contributors to the industry.

Moss told Reuters the decision to ask the Federal Government not to attend the conference was "tough".

"The community is digesting things that the Feds have had a decade to understand and come to terms with."

"A little bit of time and distance can be a healthy thing, especially when emotions are running high."

He said DEF CON would not engage in a "witch hunt" nor would it kick delegates out of the event.