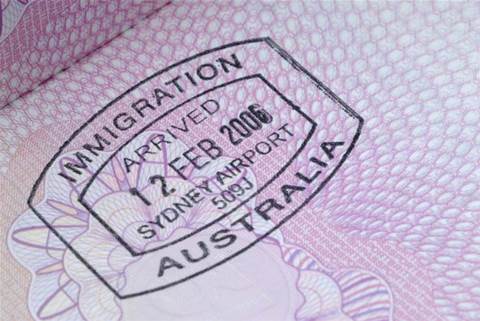 Say costs, risks to national interest not thought through.

Australia’s two peak migration industry stakeholder groups have roasted a $1 billion plan to outsource visa processing to a private platform provider, cautioning a poorly executed transition to a new external operator runs the risk of blowing up the industry

In the latest set of submissions delivered to the Senate committee looking into “the impact of changes to service delivery models on the administration and running of government programs”, both the Migration Institute of Australia (MIA) and Migration Council (MCA) warn of major systemic risks.

The assessment by the MIA, which helps push through tens of thousands of employer-sponsored technology skills visas a year, grimly cautions that the whole automation of application processing is destined to fail and should be junked.

Australia’s technology industry, and through it major corporations now undergoing digital transformations, are directly exposed to risks of visa processing malfunctions and processing delays because they are reliant on sourcing skilled labour from overseas to compensate for local shortages.

The nub of the MIA’s submission is that while simple visitor visas might lend themselves to automation, “other visa classes require the review of extensive documentary evidence and subjective decision making”.

“It is difficult to reconcile the complexity of the current migration program with attempts to automate 90 percent of processing or to automate subjective decision making,” the MIA submission warns.

“The MIA’s grave concern over multiple aspects of the proposal leads the MIA to call for rejection of the privatisation of the visa and citizenship program and for the tender for this privatisation to be withdrawn.”

The peak body also said it believed “that privatisation and automation of application processing [will] be unable to adequately protect data that impacts national security and the privacy of applicant.”

The Department of Home Affairs is currently evaluating tenders to build the proposed outsourced and automated system, dubbed the Global Digital Platform, with a bid winner expected to be announced this year, potentially as soon as October.

The first visas to run through the proposed new outsourced platform are tentatively slated for first half of 2021.

Despite official radio silence on who’s bidding, the two main contenders are known to be 'Australia Visa Processing' – a conglomerate consisting of Ellerston Capital, PwC, Qantas Ventures, NAB and Pacific Blue Capital – and an Australia Post and Accenture consortium.

While migration agents and the broader industry have a vested interest in keeping their own expert visa application channel alive and away from the clutches of robots, technology recruiters also have serious that a more complex visa applications could be automated.

Two recruiters that place overseas talent said that while current human avenues to help with applications were not cheap, they feared poorly configured automated systems would make Australia an unappealing destination.

One recruiter told iTnews the government failed to appreciate sought after candidates had a choice of destinations to pick from, adding that existing waiting times were already a headache.

Both recruiters declined to be named publicly because of the sensitivity surrounding the push.

The Migration Council cautioned the government may lose flexibility and control over how it responded to a “rapidly changing migration context”.

“The integrity of the visa system and the faith of both users and the public in its effectiveness, is contingent on the Department being able to demonstrate an ability to adopt an evidence-based approach by evaluating past actions and outcomes and adapting future policies accordingly.

“Therefore, the Department’s ability to iteratively incorporate the knowledge gained through ongoing evaluation of and experience with the processing system is critical.

“A privatised platform which requires external capability to run and amend—including amending visa categories, assessment criteria for specific visas, or business rules—complicates the task of effectively administering such a complex system against the backdrop of a constantly shifting migration context,” the Migration Council said.

The peak body also noted that automating systems that currently use high degrees of human nuance and subjective judgment were not immune from the golden technology rule of garbage in, garbage out.

“Adequate risk management mechanisms are required to ensure strong governance of outsourced algorithmic and automated decision-making, in order to identify and mitigate any data-driven bias or discrimination,” the Migration Council submission said.