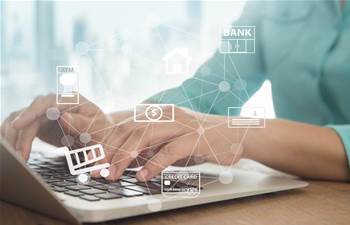 CBA and Bendigo Bank among first banks to offer it.

Digital direct debit alternative PayTo is now being rolled out to merchant and business customers through banks, financial institutions and payment service providers.

Developed by NPP Australia and the finance industry, PayTo will allow businesses to initiate payments from their customers' bank accounts.

The likes of CBA, Bendigo Bank and the Reserve Bank of Australia’s Banking department will be the first to enable the new functionality in the upcoming months.

“PayTo will appear as a payment option for online, in-app and recurring payments in the coming months,” according to NPP Australia.

More customers are expected to see PayTo as an option in their bank accounts by April 2023.

The new service works by allowing businesses to establish a ‘PayTo Agreement’ with a customer, who can then digitally authorise the agreement for a more secure payment option.

Stuart said PayTo “will revolutionise the way bank accounts are used for payments”.

“For businesses with a retail focus, large billers like utilities and government departments, PayTo will enable them to receive fast and secure payments from their customers’ bank accounts, as an alternative to cards or online payment options from international players," she said.

PayTo is intended to remove uncertainty from payment processes, reduce fraud and remove “inefficiencies such as dishonours and disputes”.

“Businesses and corporates will also be able to use PayTo to authorise a third party to facilitate real-time payments on their behalf, such as payroll and accounts payable."

Stuart added the development of PayTo has “been a multi-year program of work requiring a significant change to existing backoffice processes, technical systems and customer-facing digital channels."

“It’s important to acknowledge the effort of so many people across our industry who have worked hard to make PayTo a reality," she said.