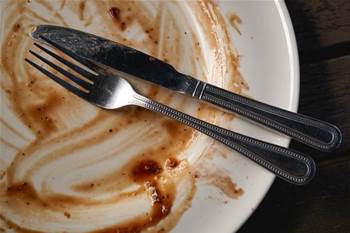 Hot on the heels of Deloitte’s swoop on local Oracle and SAP human capital systems provider Presence of IT for an undisclosed sum (widely believed to be north of $50 million), payroll outsourcing and software provider Ascender now is headed for a public listing.

On Wednesday Ascender was revealed to have retained Morgan Stanley and Macquarie ahead of a H1 2020 float, according to credible reports in the Australian Financial Review.

While Deloitte trumpeted Presence of IT as the "largest consulting transaction" it has ever completed, if Ascender floats on the ASX the amount raised during an IPO could easily leave the trade sale in the shade.

While Ascender's name may not be all that familiar, its history and the names backing it are very well known.

Ascender’s founder and executive chairman is former Archer Capital managing director Andrew Gray – who led the MYOB acquisition and divestment, and has since been quietly milking the mechanicals of payroll infrastructure. He also led the buyout of Australian industrial software stalwart Mincom by Francisco Partners.

In terms of its provenance, Ascender is the rebranded vehicle for Potentia, also founded by Gray, which swooped on the substantial payroll processing, software and services division of Australian recruitment giant Talent2 – founded by Andrew Banks after he offloaded Morgan and Banks to TMP Worldwide, later unfortunately renamed Monster.com, in 1999.

Now, as the bodycount and list of sacrificed performance bonuses from payroll stuff-ups grows larger daily, Gray and Ascender are preparing to monetise what for many corporates, and potentially government agencies, will become less of a choice and more of compulsive imperative.

With Woolworths becoming the latest and greatest underpayer to date, thanks in large part to the miscalculated application of an award ‘roll-up’ of conditions across its new enterprise bargaining agreement and SAP-based HRMS system, boardrooms across Australia are now deeply rattled.

At a broad level two key changes appear to be driving the discovery current and historic underpayments.

For industrialised companies covered by enterprise agreements or other workplace instruments, the rollover and applications of new instruments has always been a payroll coding nightmare. So much so that it often tips a board decision in favour of software upgrades that CFOs would otherwise avoid.

On the other end, major long-running compliance obligations – the most pressing of which is the Australian Tax Office’s Single Touch Payroll – are also bearing down on corporates stuck on the likes of SAP and Oracle which have been far slower to integrate local reporting functionality.

While the likes of Xero, MYOB, Reckon and Quickbooks have had STP integration for years, the size and risk of tampering with big multinational vendor systems until recently outweighed any benefit.

That situation has now changed with Woolies, CBA, Bunnings, Qantas, Beaurepaires, SuperRetail Group and many others all recently stung.

In July Ascender estimated, based on its own research, that the pool of employee underpayment in Australia per year was sitting at $1.8 billion a year.

“Most businesses are not doing this on purpose, with many of these errors being caused by accident or having outdated information in their systems,” Inna Wahlberg, Ascender’s general manager said at the time.

Automation and smart payroll software can eliminate these errors, ensuring employees are paid on time and accurately.”

Australians might well be enduring the lowest wage growth conditions in a generation, but at Ascender, founder Andrew Gray’s pay packet and personal wealth is heading sharply north.