Woolies reveals 99m payroll problems, and rubbish data is one 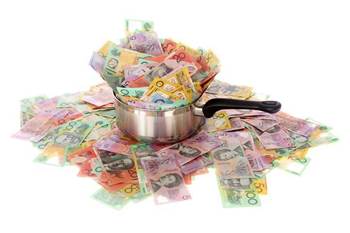 Calculation error forces review of 11m records a year, costs up to $300m.

Retailer Woolworths Group has told gobsmacked investors it will need to boil down a massive data lake of 11 million payroll and rostering records – per year – all the way back to 2010 to correct underpayments caused by miscalculations fed into the system that paid salaried staff.

Yep, you read that right: 99 million records need to be re-checked.

The iconic retailer on Wednesday went into maximum contrition mode as it told shareholders, current and former staff it thinks it will have to shell out between $200 million to $300 million to make good on the underpayments.

"The highest priority for Woolworths Group right now is to address this issue, and to ensure that it doesn’t happen again.”

But it will happen again, that much is certain; just not to Woolies.

Big employers across Australia will be carefully watching how Woolies boils its ocean given the expense and pain the giant data dump and reconciliation is going to take.

The contamination is right across Woolworths retail group, with supermarkets, metro, Dan Murphy’s, BWS and Big W all roped in.

Woolies has budgeted for the exercise to take at least until the end of the current financial year but is yet to put a headcount or dollar figure on the remediation that stretches across most of its businesses and 145,000 staff.

That number is literally the size of the population of Darwin or Toowoomba, with Woolies saying the error came to light after it switched across to a new enterprise agreement (EA) and discrepancies were found “in pay for a number of salaried store team members compared to team members paid under the new EA.”

The problem occurred because of how pay was calculated for salaried rather than waged staff. Under Woolies’ conditions, salaried staff get a commonly used component called a “roll-up” that is meant to factor in overtime, penalty rates and loading that would be paid to waged workers.

While Woolies is owning the human decision and sign-off on the snafu – which its auditors signed-off on – what has become painfully clear is that its payroll, HR and financials systems were all incapable of detecting an anomaly later found by staff checking their payslips.

It also shines a light onto the often antiquated and cumbersome nature of customized ERP financials software and the pain of coding in changes as they occur, falling back instead on manual workarounds that necessarily forgo testing that could highlight errors.

And as employers across Australia upgrade their software, usually at the same time a new instrument is applied, the errors show up causing considerable reputational damage.

And the casualties are mounting.

Beaurepaires, Bunnings and the Commonwealth Bank are just a handful of the household names being hit by payroll reconciliation disasters on the back of upgrades

It’s likely there are overpayments as well.

But these never see the light of day because there is no detriment to former employees, and overpayments would be unfeasibly expensive to collect if they could legally be collected at all (though the government is having a crack through Robodebt).

Across four weeks, that’s about $25 per week.

Woolies has established a dedicated website for affected staff, saying phase one of the review will go across supermarkets and metro “more detailed information about the payments from this period will be communicated before the end of the year.”