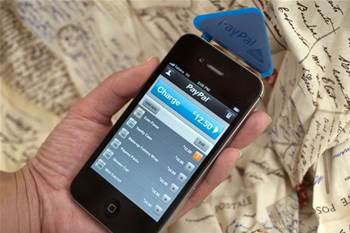 PayPal will buy digital money transfer provider Xoom for US$890 million (A$1.2 billion) as it muscles into a growing international remittance market and expands in countries like Mexico, India and China ahead of a spinoff from eBay.

The offer price of US$25 per share in cash represents a premium of about 21 percent to Xoom's closing price of US$20.70.

Xoom shares surged on the announcement and were trading around the offer price in extended trading.

"Our aim is to bring the companies together to make it a true consumer champion in remittances," PayPal president Dan Schulman said.

Xoom, which has 1.3 million customers and a presence in 37 countries, allows users to transfer money via desktop, mobile phones and tablets. The acquisition would allow Xoom to expand into new markets with less execution risk, Xoom CEO John Kunze said.

Xoom will operate as a separate service within PayPal after the completion of the deal.

The company said holders of about 18 percent of Xoom's outstanding shares, including all executive officers and directors of Xoom and certain entities affiliated with Sequoia Capital, had agreed to vote for the deal. It intends to fund the transaction with cash on its balance sheet.

PayPal said the deal, expected to close in the fourth quarter of 2015, will slightly hurt its adjusted earnings per share for 2016. The company is slated to separate from eBay this month and list as an independent company.