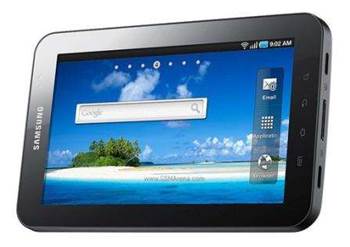 Samsung’s explanation for its decision to halt the launch of its Galaxy Tab 10.1 in Australia hints at “pretty serious problems”, according to a patent expert.

On Monday Samsung agreed to halt the launch of its tablet and supply Apple with samples of the new device prior to its promised launch "in the near future".

Samsung told Ausdroid yesterday that Apple’s complaint concerned “a variant” of the Galaxy Tab 10.1, adding that no injunction was issued and that another version would be released in Australia "in the near future".

While its statement suggested Samsung would press ahead with its Australian launch, it was actually "very weak”, according to Mueller.

“It is, in fact, an admission of pretty serious problems because it denies only strawmen and navigates around the real issues,” he said Tuesday.

The obligation to provide Apple early samples would give Cupertino a chance to request a preliminary injunction against Samsung's Australian Galaxy Tab 10.1 before it ships.

"We can all set our watches by Apple: the moment Samsung sends them those pre-release samples, Apple will immediately shoot for a preliminary injunction,” Mueller said.

One of the obvious challenges Samsung faced was creating a distinctly Down-Under version of its tablet in a way that did not infringe on Apple's patents, which covered many of the user-interaction features that rivals had allegedly replicated.

“Theoretically, Samsung could indeed build an Australian Galaxy Tab 10.1 that would not infringe those patents, but in order to work around those patents, it would at least suffer serious degradations of the user experience, potentially even the removal of all multi-touch functionality,” Mueller said.

Mueller has previously argued that Samsung was merely caught in the crossfire of Apple's war on Google and Android.

But last quarter Samsung proved itself to be a threat to Apple in its own right, with just a million smartphones separating the two giants in terms of units shipped.

The pair each shipped over 19 million smartphones and were likely rivals on the tablet front in future.