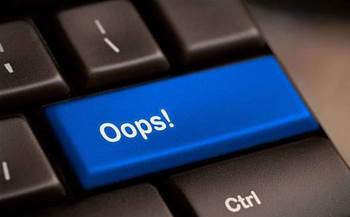 An outage that sent parliamentary systems such as email, internet, ParlView and Parlinfo offline last week was caused by a domain name system (DNS) server failure.

Chief information officer Antony Stinziani told senate estimates that the DNS failure led to a widespread inaccessibility of systems that rely on the parliamentary communications network.

The outage started at 8.02pm on Wednesday October 17 and forced the Department of Parliamentary Services (DPS) to formally invoke business continuity measures at 5.30am the following day.

“At that time we had no sense that we’d have the network up and running by the time the houses were due to sit so we commenced our business continuity measures,” DPS secretary Robert Stefanic said.

Senate president Scott Ryan conceded that “by its nature, [the outage had] more of an impact on non ministerial senators and members because of their reliance on the network.”

Ryan said that conversations with Stinziani had indicated that the outage was a particularly rare occurrence.

“The way it was put to me, the system failing and the backup and redundancy systems failing on the DNS servers was a less than a one percenter,” he said.

“This was way out of the ordinary for system failure.”

DPS did not detail exactly why DNS was knocked out.

Though the Australian Signals Directorate (ASD) was notified of the outage and became involved with DPS ICT, there was “no evidence of malicious activity” aimed at the DNS servers as being the root cause.