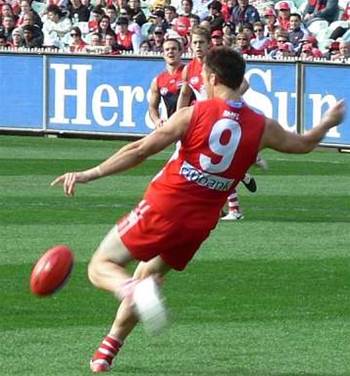 Yahoo!7 has moved sports tipping site OzTips in-house after buying it from NextGen.Net more than a year ago.

Although the acquisition closed last July, the site remained on its former owner’s .Net platform until last month.

Its relaunch on 22 July caused some consternation among users who faced login issues partway through the Australian Football League season, which concluded on 1 October.

The re-launch drew criticism from users on the new OzTips site, its Facebook page and the Whirlpool forums during the past 10 days.

Van Wely this week said that the login problems stemmed from “non-technical issues”, and the new site was “working like a dream for us”.

The site was built on an open source LAMP stack and used a multi-tiered architecture with separate presentation, caching, RESTful web services, and storage clusters.

It took Yahoo!7’s in-house team of 10 to 15 developers “a good part of the year” to build, he said, declining to disclose costs.

The project involved planning, usability testing with a few regular OzTips users, and a failed launch this April, which was quickly halted when Yahoo!7 discovered data synching issues.

“We’ve had to build a whole new system that talks to our CMS [content management system],” he said. “It’s been a massive project for us.”

One major challenge was handling the large number of reads and writes made to the OzTips system each day.

Van Wely said the site, which made its debut in 1999, comprised 50 million tips with an additional two to three million added a week.

Traffic spikes typically occurred on Fridays, and involved up to 2.5 times the usual number of page views, so the new, in-house system needed to be both robust and scalable, he said.

Clusters sat behind a load balancing system, and were designed to be horizontally scalable, allowing Yahoo!7 to add capacity simply by adding commodity hardware.

The site was supported by “a few new servers”, and hardware could be reallocated from other clusters -- including those of Yahoo!7's other products -- to handle additional load.

The media company also considered expanding OzTips beyond sport, to allow readers to make predictions for events ranging from political elections to the Oscars.

“We’re in the scoping phase for the next part of development,” van Wely said. “We can’t plan it quickly enough.”