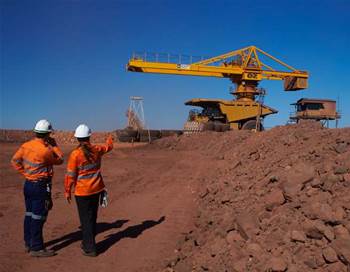 OZ Minerals has revealed it is close to completing a desktop upgrade program to bring almost 500 computers into a standard operating environment based on the Windows 7 operating system and Office 2010.

A spokeswoman for the company, which owns the Prominent Hill copper mine in South Australia, told iTnews that the desktop computers previously ran Windows XP and Office 2003.

"A wide range of other applications are being upgraded as part of this project," the spokeswoman said.

"The project has focused on applications and services that were already delivered from the legacy environments and covers traditional enterprise services – ERP, messaging, risk management systems, archive and database," the spokeswoman said.

These capabilities have been migrated - with assistance from Dimension Data - to run on Telstra's private cloud compute environment, branded 'Network Computing Services'.

Telstra named OZ Minerals as a cloud customer back in June.

It is also managing a series of application support "services" on OZ Minerals' behalf, including SharePoint and SQL Server.