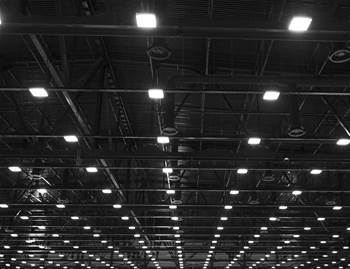 Yes, it's a very real thing.

There's a lot more in play than tech buzzwords too.

Vivid's smart lighting systems have already been deployed into a clutch of Australian blue chip industrial facilities including Linfox, Arnotts, Woolworths, Diageo and Coca-Cola Amatil, where controlling lights on costs - quite literally - is a major concern amid rising energy costs.

Although LED based systems have reduced lighting costs for years, what's recently switched is the sharp uplift in efficiency that IoT devices can deliver when they are linked to complementary technologies to create and efficiency an productivity sweet spot.

Vivid said the service is able to reduce the cost of powering lights by up to 90 percent, and can be more than 74 percent more efficient than “typical” LED systems.

The platform achieves energy savings by taking into account each site’s features such as ceiling height, the availability of natural light and activity within sections of a workspace or warehouse to automatically adapt the artificial lighting output.

Dubbed 'LightingFlex' the 'lighting-as-a-service' offer comes into play by bundling-up traditionally separate infrastructure and energy costs into a "fully installed, managed and monitored" deployment "without any upfront cost for an agreed contract term."

Lighting Flex runs on Vivid’s “intelligent” IoT platform, Matrixx, which will continue to be designed, installed and operated by Vivid.

Vivid will also be responsible for providing ongoing monitoring and analytics of the systems.

Origin will pilot LightingFlex for 12 months while it expands its renewable energy solutions and diversifies its energy efficiency products.

“Our large energy users are telling us they want simple and easy access to energy efficiency solutions, so we’re providing this through a one-stop shop.”

Origin Energy recently spun-off its smart-metering business Acumen, which is currently being acquired by intelliHUB and will continue to supply Origin’s customers with smart meters.