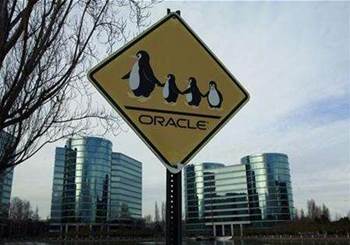 Plenty of concern among customers.

Oracle's profit missed Wall Street's forecasts for the first time in a decade after new software sales sputtered, hammering its shares and stoking fears that a global economic slowdown is hurting tech spending.

The company posted an unexpected sequential decline in the revenue it gets for providing maintenance on its software products -- one of the most lucrative parts of its business.

That hasn't happened since the fall of 2008, when the financial crisis began with the collapse of Lehman Brothers, said Cowen & Co analyst Peter Goldmacher.

"Tech spending is more under pressure than people thought," Goldmacher said. "IT budgets have been relatively flat, when you have issues like you do in Europe, people naturally pull back."

Oracle was among the first major technology companies to report results spanning November, offering the latest snapshot of the state of worldwide IT spending. Some analysts said its disastrous showing presaged weaker results from the industry.

"Every technology company is going to get hit. This is just the start," said Global Equities Research analyst Trip Chowdhry.

Signs are emerging of a widening global economic slowdown as Europe, which experts say is headed into a recession, gropes for a solution to its over-indebtedness.

Oracle has heavy exposure to the region. New software sales rose two percent from a year earlier to US$2 billion during the quarter. Analysts, on average, were expecting new software sales of US$2.2 billion, according to StreetAccount.

For the current, fiscal third quarter, Oracle projected new software sales growth of zero to 10 percent, lagging an average forecast for about seven percent growth, according to StreetAccount.

The company also reported that hardware product sales fell 14 percent to US$953 million, below the average Street account forecast of US$1.06 billion. On Tuesday, Oracle executives told analysts on a conference call that it expected hard revenue declines of between five and 15 percent. StreetAccount had compiled an average forecast of a dip of 0.5 percent.

Oracle's software maintenance revenue fell to US$3.99 billion during the second quarter from US$4.02 billion in the first quarter.

Here are several key areas where the world's No. 3 software maker fell short: