Oracle to buy RightNow for $US1.5bn 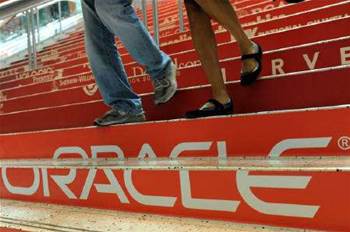 Oracle is pushing into the cloud technology market, including sales force automation, human resources and databases.

Oracle said on Monday it would pay $US43 for each share of RightNow. The company's shares, which closed at $US35.96 on Friday, rose to $US42.81 on Nasdaq.

"RightNow got a very good price from Oracle. I don't see other bidders. Not at this valuation," said Pacific Crest analyst Brendan Barnicle

RightNow may have to pay Oracle a termination fee of around $US60 million if it accepts a higher bid from another party.

The termination fee could be around $US18 million if the deal is terminated under certain other cases.

Oracle expects the deal to close in late 2011 or early next year.

Analysts said Oracle has buying assets to fill in holes in its cloud offerings in the last year with acquisitions have included ATG, Inquira and FatWire.

"This acquisition shows Oracle is serious about being in the cloud space," said Susquehanna analyst Derrick Wood.

"We however do not think it can do it organically and that if it wants to be a formidable competitor it will need to enter the market through acquisitions," Wood said.

"However, as Oracle will now have three CRM solutions targeting higher education - Oracle CRM On-Demand, PeopleSoft CRM for Higher Education and RightNow - there may be some short-to-medium term anxiety around Oracle’s product development and support strategy," she said.

But the interest in smaller cloud computing companies will not be limited to Oracle said analysts, other major technology companies that could be interested include Dell, HP and Microsoft.

Started in a spare bedroom by its founder Greg Ginaforte in 1997, RightNow clocked sales of over $US185 million in 2010 and competes with bigger rival salesforce.com and online marketing software maker Constant Contact.

For years, Oracle have been rumoured to be targeting salesforce.com to beef up its cloud offering but it seems unlikely that it would be one of Oracle's priority targets.

Another possible target for Oracle could be NetSuite which is already partly owned by Oracle CEO Larry Ellison.

Pacific Crest's Barnicle said the RightNow deal is good for the entire sector as it signals a potential wave of acquisitions.

Shares of Egain Communications, one of RightNow's peers, jumped 11 percent to $US7.88, following the news of RightNow's acquisition.

In July, RightNow raised its full-year recurring revenue growth outlook to 27 percent from a a previous 24 percent.

Separately, RightNow reported third-quarter profit ahead of Wall Street estimates and canceled its conference call scheduled for later in the day.