Oracle outs Autonomy CEO's pitch to it before HP 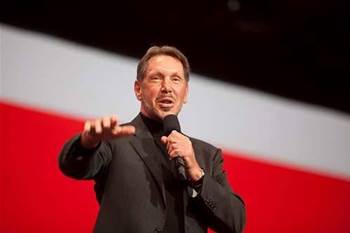 Chat that went well beyond databases.

Oracle has published a slide deck allegedly used by Autonomy CEO Mike Lynch in April to 'shop' the British vendor to Larry Ellison's firm before HP.

Lynch has denied ever having appealed to Oracle to acquire Autonomy ever since Oracle CEO Larry Ellison said HP had paid too much for the software firm.

“Autonomy was shopped to us,” Ellison said at the earnings update, responding to analysts' questions whether the $US10.3 billion price HP paid was too much.

“We looked at the price and thought it was absurdly high.”

“After the sales pitch was over, Oracle refused to make an offer because Autonomy’s current market value of $US6 billion was way too high.”

However, Lynch’s persistent denials that such a meeting ever took place with Oracle ratcheted the stoush beyond price.

Lynch initially denied having met Oracle executives to sell the company, but on Tuesday he revised his account, issuing The Register a statement that depicted him -- accompanied by well-known banker Frank Quattrone, from Qatalyst Partners --  merely meeting executives from one of Autonomy's customers, which incidently included Oracle Vice President Mark Hurd and a guy called “Doug”.

“On one of my trips to SF (April 2011), Frank Quattrone, whom I have known for a long time, offered to introduce me to Mark Hurd," he said.

"Oracle was a customer and I have never met him, so it was a good opportunity. Frank does this from time to time on my visits, he has introduced me to many people...

"NOTE: Frank was not engaged by Autonomy and there was no process running. The company was not for sale. I recall meeting with Mark and someone else I believe called Doug.

"At the start of the meeting they joked that Frank was there to sell them something. Frank and I made it clear that was not the case. We then met and had a lively discussion about database technologies.

"The meeting lasted approximately 30 mins. Frank is happy to confirm this.”

That “Doug”, according to Oracle, was actually its chief M&A executive, Doug Kehring, and the meeting was definitely not about database technology.

“Lynch insists that it was a purely technical meeting, limited to a ‘lively discussion of database technologies.’  Interesting, but not true,” Oracle’s press team wrote in the colourful post, hoping to jog Lynch’s memory of the day in April.

Oracle published Lynch’s PowerPoint presentation "with the hope Mike Lynch will recognise his slides, his memory will be restored, and he will recall what he and Frank Quattrone discussed during their visit to Oracle last April.”

“Yesterday, the Autonomy CEO did not remember having any meeting with Oracle.  Today, he remembers the April meeting and inaccurately describes how it came about and what was discussed (see next paragraph). Tomorrow, he will need to explain his slides.”