Oracle moves into the cloud 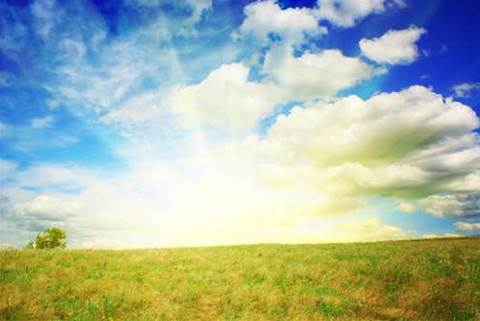 Oracle launched a new suite of cloud-based products to try to catch up with smaller but nimbler vendors, such as salesforce.com, in the business of hosting and distributing software via the Internet.

The business software corporation, which gets most of its revenue by selling software that companies install in their own data centres, included social monitoring and data mining services - both hot new areas of growth - in its cloud apps.

"We made a decision to rebuild all of our applications for the cloud almost seven years ago."

Ellison said the journey was fraught with difficulty and the company had to rely on acquisitions to get to this point.

The project, previously called "Fusion," was sometimes referred to as "Confusion," he said.

"It was as difficult a thing as we have done at Oracle," he said. "We couldn't do it ourselves. We had to make the right acquisitions as well."

Oracle and rivals, such as SAP, are transforming themselves into major players in cloud computing - providing software, storage and other services from remote data centers over the Internet.

Ellison's company has gone on the acquisition warpath to speed the transition.

The company now generates about US$1 billion in annual revenue from Web-based software, still only a third what salesforce.com projects it will pull in during the current year.