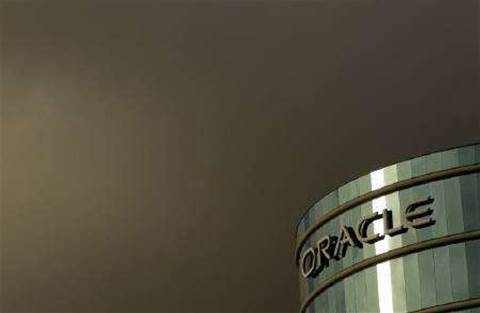 "It was fine, not great," said Richard Davis, an analyst at Canaccord Genuity.

"Software sales were a little better than expected. This is really what you are going to see from a lot of companies out there. Basically the economy is slow but it's not 2008."

Oracle, which competes with SAP in selling software to corporations and public agencies, reports results a month before its rivals -- giving investors a peek at July and August this year -- and is watched for the latest insights into industry trends.

But hardware sales -- a weak spot in Oracle's otherwise robust set of numbers -- slipped 1 percent to $US1.67 billion, lighter than expected as the company sacrificed sales for profitability.

This is just a touch ahead of Wall Street's target of $US8.35 billion and up 11.6 percent from $US7.5 billion in the year-ago period.

Margins climbed to 54 percent from 48 percent in the previous quarter.

The outlook for worldwide technology spending has darkened after warnings by bellwether technology vendors from Dell to Cisco Systems.

Governments are scaling back purchases to reduce deficits while corporations are tightening budgets to cope with a worsening economic picture.