Optus to deploy software-defined satellite in 2023 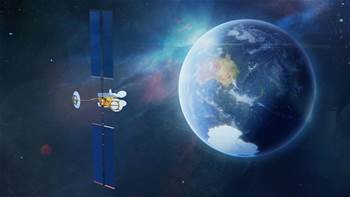 Reconfigurable at any time.

Optus has struck a deal with Airbus Defence and Space to launch a Ku-band software-defined satellite called Optus 11 in 2023.

The telco said in a statement that the launch will make it the “first satellite operator in Asia Pacific to launch a software-defined satellite that can provide both flexible concurrent broadcast and broadband services via a very high throughput satellite (VHTS) design.”

“The game-changing satellite is fully configurable in space, meaning its location, coverage, bandwidth and capacity can be changed in orbit as customer demands evolve,” Optus said.

“Traditional satellites are limited by on-ground configurations that cannot be altered after launch.”

In addition to being used for broadcast media - Optus revised an agreement with Sky NZ to be the “cornerstone customer” for Optus 11 - the new satellite will also be used for broadband services, backhaul, and to host a satellite-based augmentation system (SBAS) payload.

SBAS “has the ability to greatly enhance the accuracy and precision of existing GPS and positioning systems across the A/NZ region and pinpoint a location to within a decimetre, without the need for mobile or internet coverage,” Optus noted.

When launched, Optus will have six of its own satellites in orbit.

Optus said the new satellite will also make it “the first operator in the world to utilise the Ku band (11-14GHz) spectrum for the software defined VHTS in both broadcast and broadband services.”