Optus to cut another 350 jobs in ongoing restructure 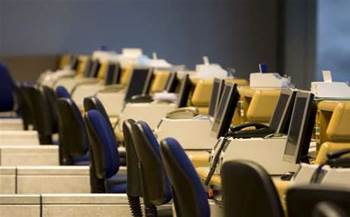 Optus will cut another 350 jobs as part of an ongoing business-wide restructure which has already seen around 1500 workers shown the door in the past two years.

Since April 2012, the Singtel Optus group has been restructuring itself into three major divisions: consumer, digital life and ICT (which includes Optus Business).

When it kicked off the reforms Optus announced 750 jobs would be let go in a restructure expected to cost $37 million. The restructure ran alongside a "transformation program" headed by then-CEO Kevin Russell to refocus the business for profitable growth and cut costs.

The transformation program resulted in 962 job cuts in the first year, and the company has continued to steadily reduce its headcount since.

Optus is now expected to shed a further 350 jobs as part of the program, as first reported by the Financial Review, and is understood to currently be talking to staff about the latest changes. Talks will likely be complete in a week's time.

"Optus continually reviews its operations to ensure it has the right organisational structure in place to achieve its business goals, and we've been continuing to do so within the context of the business strategy we launched 18 months ago," a spokesperson said.

"Shortly we will be talking to our employees about some changes we're making. Our priority is always to communicate the detail of any change directly with our employees and support those who might be affected."

The job cuts are understood to be Australia-wide. Optus declined to specify which business lines or regions would be affected until staff talks are over.

The transformation program has so far helped push Optus profits to a vastly improved $227 million - a 41 percent rise on the December 2012 quarter - and slim its operating costs by 12 percent.

It has also ended relationships with several retail partners and reduced its retail footprint by 40 percent as part of the cost-cutting drive.

Update 30/4: Optus today confirmed the restructure and said the changes would involve the centralisation and consolidation across a "number of corporate functions", across its consumer, business and corporate divisions.

"In Optus Business, we are making changes to refocus the structure towards ICT and applications growth, the way we develop and manage products and how we support our enterprise customers," a spokesperson said in a comment.

Tenth satellite set to launch in May

The telco announced today it will launch its tenth satellite, Optus 10, in late May from the Arianespace launch base in French Guiana.

Optus contracted Space Systems/Loral in in 2011 to build the satellite, which will carry 24 transponders in the Ku broadcasting and fixed satellite service (BSS/FSS) bands operating across Australia, New Zealand and Antarctica.

Optus today said the final pre-shipment review had been completed, and the 3200 kilogram satellite had been loaded onto an Antonov heavy lift aircraft for transportation to Arianespace. It will launch on board an Ariane-5 launch vehicle, and is expected to have a lifespan of over 15 years.

Optus broke with naming tradition for Optus 10. Its satellites were previously named by a letter and number, as seen with the A3, C1, D1, D2 and D3 satellites - all of which were also launched by Arianespace.

SSL also built Optus’ C1 satellite, which was delivered to Optus and the Defence department in 2003, but the D series satellites were all manufactured by US company Orbital Sciences Corporation.

Optus did not disclose the value of investment in the satellite.

Optus parent company Singtel last year attempted to sell off the Optus satellite business but decided to keep the unit after several months of negotiations.

The likes of Intelsat, NewSat and Eutelsat were all reportedly vying for the business, which SingTel was keen to sell for over $2 billion.

SingTel did not elaborate on its reasons for retaining the business but said it was “committed to growing and investing” in the satellite division.