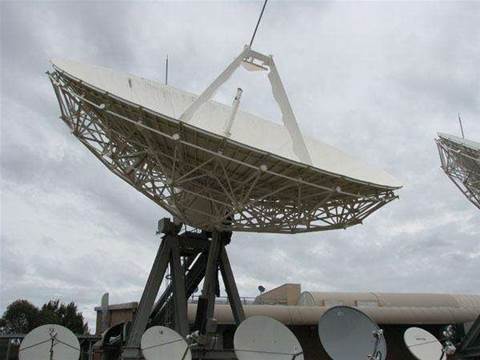 Warns it will take at least three years to launch a new satellite.

Optus is positioning its satellite service as the means by which NBNCo might solve the difficult requirement of providing broadband services to the "last ten percent" of Australians living in regional and remote areas.

Paul Sheridan, director of satellite at the carrier, said that satellite connectivity "makes sense" in a country as geographically dispersed as Australia.

"The only way a signal can be carried to everyone in a country is satellite," he said.

Optus claimed to be the only operator in Australia that actually owns and operates its own fleet of satellites after acquiring the assets of Aussat in 1992 [see photo gallery top right].

The company currently has five satellites in orbit.

"If you look at what the Federal Government is proposing, when you get to the last ten percent - it's got to be satellite," Sheridan said.

Most commentators, he said, have discussed satellite as an option for at least the "last four percent" of the Australian population.

Sheridan has held informal meetings with NBNCo CEO Mike Quigley but said he understands the man at the centre of the NBN storm has "a lot on his plate" before making any decisions.

Optus is understandably in a rush to convince NBNCo of the merits of satellite technology.

The carrier's current generation of satellites, while among "the youngest in the world", are not capable of delivering the network speeds mandated by the NBN (at least 12mbps).

To achieve these speeds, Optus would be required to launch the next generation of KA-band satellites, which are already in use by several providers in the United States.

In a presentation given to iTnews, Sheridan said Optus "will continue to invest in qualified opportunities."

A "qualified" opportunity, he said, was one in which Optus could make a business case - but in the case of KA-band satellites Sheridan conceded that the NBN requirement is the only business case today that stands up to such an investment.

Sheridan said it would take at least two to three years to have a new satellite operational.

He said the last few satellites Optus launched have taken 24 months to build, and are often held up in a waiting queue for launch.

Rather than watching elements of a page load in a browser after a request for a page is sent, on satellite the user is likely to experience a short delay before the entire page loads all at once.

Sheridan said he is watching satellite experiments being conducted by Cisco Systems with interest. Cisco is currently hardening a custom-made router to be deployed on a satellite in orbit, to provide extra network intelligence from beyond the clouds.

Optus is, and planned to remain a "bent pipe" satellite provider, Sheridan said, meaning that all intelligence remains on the ground. This makes break-fix scenarios cheaper and far more practical.

"There is more ability to make changes on the ground than build something into the satellite," he said.

Optus' engineering team is among the world's most experienced when it comes to satellite technology, he claimed.

Sheridan said the carrier is interested in "how those skills can be transferred over the next five to ten years" to meet future needs.