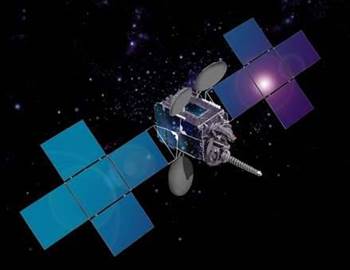 Optus has contracted Space Systems/Loral to build the telco's tenth satellite, which will be designed to carry 24 transponders operating in the Ku broadcasting and fixed satellite service (BSS/FSS) bands.

The satellite would be built in California and was expected to be delivered to Optus in 2013.

Loral was involved in the build of Optus' C1 satellite which was launched in 2003. Optus' D-series satellites launched since then were manufactured by a different US company, Orbital Sciences Corporation.

Optus was yet to decide who would actually launch the new Loral-built satellite – called Optus 10 – into orbit.

"The most important key component of finalising launcher discussions is the manufacture of the satellite so we know what we're trying to launch."

Sheridan noted that the Optus 10 satellite broke with the carrier's usual naming convention for satellites, dropping letters for numbers in a move that brought it more in line with the convention used by international counterparts.

He said the new satellite would be designed with a lifespan of 15 years.

"The primary driver [of building Optus 10] is to have the flexibility to continue to provide resilience to the networks of long-term customers," Sheridan said.

The satellite would support broadcast and two-way services such as broadband.

Sheridan declined to put a price on Optus' investment in the new satellite.