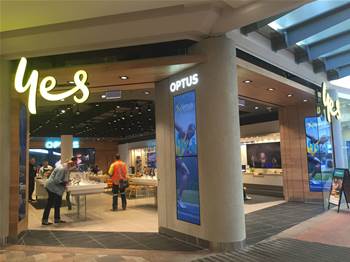 Evaluates blockchain and IoT, but gives no indication if either will advance.

Optus is set to upgrade its core business systems to SAP’s S/4 HANA, creating a “digital core” that could help it enable new capabilities at the edge like predictive maintenance for cellular towers.

The telco said in a slide deck that it would move from SAP’s ERP central component (ECC) to S/4 HANA.

It did not reveal a timeline for the migration, though it appears to be early in the process, having spent part of last year refining its engagement model with SAP and workshopping innovation opportunities that could be included within the overall scope of work.

“Optus has expanded into a variety of mission critical cloud services and is also moving to digital core with SAP S/4 HANA,” it said in the slides.

“The digital core, powered by SAP, will also provide seamless integration with cloud and other peripheral products to enhance the customer experience.”

Optus indicated the transition to 5G - and eventual operation of 5G at scale - had made “modernisation” of its core IT platform necessary.

The telco also had customer experience (CX) ambitions that it wanted to fulfill, and indicated on an architecture diagram that SAP CX is part of the “future scope” of work.

In addition, it plans to deploy SAP integrated business planning (IBP) and SAP Ariba sourcing and contracts to aid planning around its supply chain.

The initial scoping work performed last year involved “ bringing together a lot of moving parts from SAP to put together an all-encompassing roadmap … to provide a future-proof IT platform that can enable their business transformation,” the slide deck stated.

“One of the other key objectives was to also to ensure ongoing value realisation from existing investments and assets while the new foundation is put in place.”

Also of interest in the slide deck is that it lays out a series of mostly cloud-based products that Optus is said to have evaluated as part of the process so far.

These include SAP blockchain applications and services - the use case is described as “connecting devices and security to prevent counterfeiting”; and SAP IoT and augmented analytics, used to “evaluate early warning signs and predictive maintenance for core infrastructure (towers) and associated analytics”.

Optus declined to elaborate on either use case or the status of the evaluations.