Opinion: Turning IT advances to your advantage 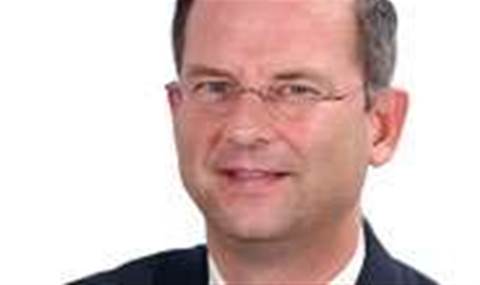 But it is not the technology itself that gives businesses a sustainable competitive edge.

After all, competitors will generally have access to much of the same technology that you do.

The real competitive advantage lies in the ability to innovate.

The role of business technology innovation is to identify, respond to and pursue uses of information and communication technology that are consistent with the wider business strategy.

As such, technological innovation is an activity that inevitably overlaps strategic planning.

Ultimately, long-term competitive advantage can only be sustained by businesses that use their accumulated knowledge to innovate, rapidly implement, and reliably execute this innovation with a specific strategic goal in mind.

Global enterprises –­ such as logistics firm UPS where I work – ­ have vast technology infrastructures and make significant investments in technology, because we recognise that they are necessary to maintain that competitive edge.

At UPS, we invest more than US$1bn every year in information technology ­ – encompassing hardware, software, skilled personnel and research and development.

An example of where innovation has helped us build a multi-layered technological architecture is virtualisation.

When we looked at our server provisioning process, we realised that it was expensive and time-consuming.

We decided not only to find the best IT solution to solve the issue, but also to evaluate the best approach to take in implementing it throughout the business to give us a competitive edge.

Our approach to change was carefully calculated and planned. We are firm believers that in IT you have a choice of just two out of the following three options: Good, fast, cheap.

We chose good and cheap at the expense of fast.

Our journey down this path started in 2004 with an inventory of our x86 ser vers as part of a Unix to Linux migration.

We then developed the concept of a common development environment (CDE) in the physical world ­ – leveraging common server builds (Windows and Linux) and taking over control of the physical servers from the application development groups.

Virtualisation was then phased into the CDE in 2006, so that we now use virtualisation almost exclusively in this environment.

Not only did we address the technological challenges these changes brought, we also tackled the approach that many employees had become accustomed to with the old system.

To do this, we decided to create some guiding principles so that everyone clearly understood the new “rules of engagement”.

This meant making compliance the path of least resistance by rewarding the followers, and helped to eliminate a classic problem for us in the past, whereby we had so many exceptions to our standards that the standards became almost meaningless.

Ultimately, the shift we made to virtualisation enabled savings in a whole host of areas. By purchasing fewer physical servers we saved on hardware costs, and by reducing the number of licences needed we saved on software costs.

Our results have also shown that we have reduced the amount of labour hours to provision a Windows server from over 69 hours down to just over four hours.

This now enables our staff to work on more value-added services rather than performing routine tasks.

In total, the savings we have made equate to the profit on 49700 UPS Worldwide Express packages.

Technology innovation has to have a business purpose, or else it doesn’t provide the competitive edge every business strives for.

For us, virtualisation has done exactly that.

Nick Gray is director of information services at UPS worldwide.
Got a news tip for our journalists? Share it with us anonymously here.
Copyright © 2010 Computing
Tags:
advances advantage it strategy to turning your