Opinion: The Devil is in ACTA's details 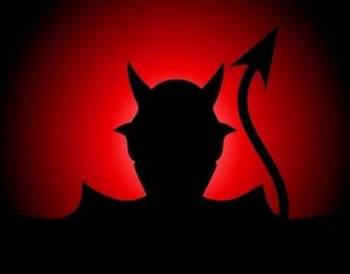 Matt Dawes casts a legal eye over the public draft.

The draft text of the Anti-Counterfeiting Trade Agreement (ACTA) has finally been officially released and appears to have addressed many of the concerns found in earlier leaks, but key challenges remain.

As reported last week on iTnews, ACTA has the potential to have a negative impact on individuals as Internet citizens and as consumers of digital technologies.

The official text [PDF] somewhat alleviates these concerns, but for the following exceptions:

ACTA will require courts to consider a 'lost sale analysis' when assessing the amount of damages to be awarded for copyright infringement.  This assesses damages on the basis that an infringement represents a loss of revenue from a transaction that otherwise would have happened, and the damage is the price of the good. This is extremely controversial when one considers online infringement.

The United States Government Accountability Office recently criticised the analysis for not taking into account substitution rates (would you have bought it anyway?) or complimentary affects (would you then buy something legitimate?)

The lost sale analysis is not in applicable to Australian law or anywhere else internationally. Giving such a questionable assessment of damages support in an international agreement is likely to pave the way for future lobbying from rights holder groups (such as film and record companies).

According to the ACTA draft, the treaty may (European Union submission) or must (United States submission) require countries to implement 'statutory damages' which - as discussed last week on iTnews - set arbitrary (usually financial) penalties for infringement.

A statutory damages scheme can encourage disproportionate and excessive awards of damages. They are unprincipled and ultimately result in injustice to individuals. There are also concerns that statutory damages can be used to threaten people into settling disputes.

'Additional damages' are proposed as a new measure in the public draft, which may be supported by Australia as they are already part of our law. Additional damages are not arbitrary and are awarded at the court's discretion. (However, in my opinion, while they are superior to the other measures, they can be punitive and unfair and are far from satisfactory.)

If, as is likely, all these punitive damages are optional, it will merely create a target for future lobbying by rights holders.

Leaks of the ACTA text [PDF] indicated that individuals who infringed for 'private financial gain' would commit a criminal offence. This would criminalise private acts that occur within the home, such as copying a DVD to avoid paying the retail price.

Thankfully, the official text has dropped 'private' from the definition, easing this concern.

However, ACTA lowers the bar for individuals to be found criminally liable for a variety of offences by imposing liability where the conduct is 'wilful' - a word capable of very broad definition.

If ACTA is - as it is asserted to be - about criminal and commercial activities and not about addressing private acts, then there is no justification for extending criminal liability beyond large scale infringement that is direct and intentional.

A scary new proposal has crept into the text that may require ISPs to provide information on their users who are alleged by rights holders to have infringed copyright.

ISPs must provide this information 'expeditiously' and without court oversight, as is currently required in Australia.

For an agreement about counterfeiting, ACTA contains a disproportionate number of measures aimed at intermediaries such as ISPs.

Many leaks maintained the spectre that 'three strikes' would feature in ACTA, where people have their internet cut off on the basis of repeated allegations of infringement. The public draft was accompanied by a statement promising that no such scheme would be mandated.

The real threat from ACTA is its encouragement of three strikes - it does not need to be mandatory.

The official text will require ISPs to deter online infringement. The leaked text included a footnote (now deleted) which gave an example that this might be done by cutting off the alleged infringer's internet access. The clear implication is that anything less than three strikes, which dealt only with termination of repeat infringers but did not seek in any further way to reduce infringement, would be insufficient.

As mentioned by Kimberlee Weatherall last week on iTnews, ACTA will provide for the unqualified award of injunctions against ISPs whose customers infringe rights. This may conflict with Australian law as it would require the award of an injunction against an ISP, even where the ISP would not be found liable for infringement.

The award of injunctions may create a new role for ISPs by requiring them to take active steps to prevent infringement. This may create a back door for courts to award a three strikes injunction that requires termination of the accounts of repeat infringers, or an injunction to block sharing traffic (including non-infringing file sharing).

ACTA defines where liability will be imposed for third parties, such as ISPs, that authorise the infringement of others. The definition is largely from United States common law, which raises conflicts with Australian law.

Third party liability is not covered by any existing international treaties. I would argue that it is a matter of substantive rights, rather than enforcement, and requires the flexibility that comes from having it dealt with at a domestic level, not an international level.

As foreshadowed by government officials, now that ACTA is out the text appears relatively harmless compared to all the rumours.

However, the real danger of ACTA is the ammunition it gives to rights holder lobbyists to demand domestic legislative reform and argue aggressive test cases.

Matt Dawes is a copyright advisor for the Australian Digital Alliance.