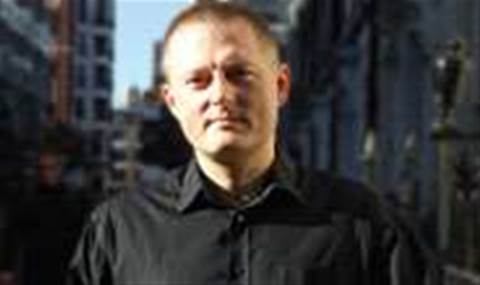 Key issues affecting Indian outsourcing were off the agenda at the country’s big trade show.

Every February, the great and good of the Indian technology industry meet in Mumbai to discuss and plan the year ahead.

The annual Nasscom India Leadership Forum is like the World Economic Forum in Davos, except it’s all about outsourcing.

Stars such as John Chambers from Cisco and the “core competence” academic CK Prahalad mingle with the IT folk and business cards fly through the air like confetti.

When I arrived in Mumbai this year, I expected the conference to be focused on two key topics: The reaction of the IT industry to the global economic crisis; and the Satyam financial scandal.

But surprisingly, the conference agenda focused more on green IT than anything in the news.

To recap, Satyam was the fourth-largest Indian technology firm, just outside the big league, but still with multibillion-dollar revenue and impressive clients including Merrill Lynch, Nestlé and Caterpillar.

The founder, Ramalinga Raju, perpetrated a massive financial fraud that only came to light in a confessional fax to the board on 7 January this year.

Though the fraud is still being unwound and evaluated, it involved overstating the firm’s number of employees and revenue over a period of years and could be worth more than US$1bn.

Raju is now in a jail close to Hyderabad until a trial being billed as “India’s Enron”.

The government feared that a major scandal in India’s high-tech industry could cause a loss of investor confidence and market uncertainty ­and all in a general election year.

It drafted in a team of respected industry veterans to create an interim Satyam board to prevent the firm imploding.

After all, this is a service company ­if clients suddenly lose trust and flee en masse, there is nothing.

The interim board succeeded in holding the company together by convincing major clients that there would be no overnight change in service levels.

With that in mind, the former Nasscom president Kiran Karnik should be particularly praised.

His charming demeanour has calmed the nerves of several jittery Satyam clients.

But what happens next? Companies such as L&T Infotech are waiting to scoop up Satyam at a fire-sale price, but a detailed restatement of the accounts is yet to take place.

It is likely a suitor will acquire the firm before a full audit is complete, because clients will flee if some certainty is not restored soon ­ though at a suitably discounted price for adopting unknown assets and liabilities.

With all this going on, it might have been expected that Nasscom would provide a forum for analysis.

Perhaps it is too early to determine an outcome, but at least some informed discussion could have prevented it feeling as if the topic were not approved for any official debate.

Professor Phil Taylor is an outsourcing expert from Strathclyde University and he was disappointed.

He said: “There are three issues I want to hear about that are not being discussed openly: Satyam; the economic crisis; and the Mumbai terrorist attacks last November.

"These are all important events, but they seem to have been filtered out of the main conference discussions to the detriment of the event.

"If we could have had an open discussion about Satyam, for example, it could have helped foreign delegates to understand what is going on and perhaps see why they don’t need to be concerned.”

I echo Phil’s comments. When India wants to talk to the world about IT achievements and prowess, the uncomfortable topics must be included in the discussion.

These are the real areas where investors need to feel comfortable and to skirt around such issues implies avoidance and creates uncertainty.

Mark Kobayashi-Hillary is a director of the UK National Outsourcing Association and author of Who Moved My Job?
Got a news tip for our journalists? Share it with us anonymously here.
Copyright © 2010 Computing
Tags:
fuels it offshoring over silence strategy unease
By Mrk Koyabashi-Hillary
Mar 6 2009
6:08AM