Opinion: IT leaders must resist the herd mentality 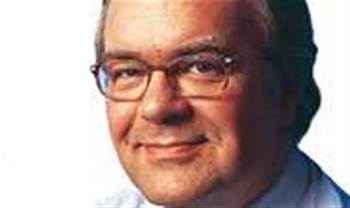 Some of IT’s greatest mistakes result from the unquestioning adoption of the latest fad.

Several years ago, at the height of the enterprise resource planning (ERP) frenzy, I had a conversation with the European sales vice president (VP) at one of the big application software vendors.

He referred to his customers as lemmings, which surprised me.

It was a level of honesty I did not expect from someone in sales ­ – you can expect even less from marketing folk.

His attitude bordered on contempt for all those men in grey suits who had adopted the “one true way” and persuaded their companies to cough up huge sums of money to make their business processes less efficient.

We should remember that one of the failing US auto giants has spent more than US$2 billion in its attempts to shoehorn its businesses processes into some arbitrary standard – ­ and a fat lot of good it has done.

Anyway, the main topic of this article is the herd mentality that applies to IT folk. It is everywhere.

I cannot recall how many times I have spoken to proud business and IT executives who tell me that they are standardising on SAP, Oracle, IBM or whatever else is flavour of the month.

When I was younger I would ask why – ­ but the awkward waffle that followed wasn’t worth it. If these people had been more truthful, they would have said: “We’ve done it because everyone else has done it too.”

As the sales VP would have said: “They’ve joined the lemmings rushing to the edge of the cliff.”

At a conference I held some years ago, the delegates were invited to play the “me too” game. They had a simple decision to make and were told to put a tick in the “me too” box or in the “do different” box.

The more people ticked the do different box, the fewer points that selection was worth.

It was played several times and the delegate who scored the most points got a prize.

During lunch I happened to walk into the conference room to find several people sorting through the voting boxes ­ – trying to determine which way they should vote.

They were trying to find out what everyone else was doing so they could optimise their own position. Very naughty – ­ but a reminder of what drives many people in IT.

The herd instinct can cause an IT supplier to grow by a factor of 10,000 over just a few years.

Take Siebel as an example. It had revenue of a few hundred thousand dollars in the mid 1990s. By 2001 its revenues were a few billion.

All this because IT and business managers around the world were keen to get another three-letter abbreviation on their CVs – ­ CRM in this case.

Of course, all this would be harmless if the companies that paid the bills were benefiting. But this is debatable.

Just a few years ago, Oracle published a report showing how SAP users were under-performing their peers – ­ well it would, wouldn’t it. It was withdrawn for reasons unknown to me – ­ but maybe Oracle realised it should not throw stones in a glass house.

Interestingly enough, a similar report was published by a well-respected independent commentator and he received all manner of threats – ­ and so he withdrew his report too.

If many in the IT world can be characterised as lemmings, it might be useful to determine what the edge of the cliff is.

It can be characterised as a sort of arthritic condition, where the business processes have become so burdensome that the business can hardly move forward.

Even so, I do not expect that this will stop people strutting around proudly proclaiming that they are standardising on a particular vendor’s technology.

If this annoys you as much as it does me and you want to see some awkward shuffling around ­ just ask them why they’ve done it.

Martin Butler is the founder of IT analyst Vanilla Research.
Got a news tip for our journalists? Share it with us anonymously here.
Copyright © 2010 Computing
Tags:
herditleadersmentalitymustresiststrategythe