Opinion: How to opt out of the Fed's data centre strategy 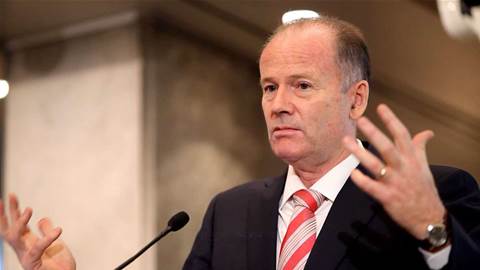 When is a mandate not a mandate?

But tied up with handling the Federal Budget, Tanner wasn't able to reveal a great deal more detail than iTnews readers would already know - yes, the Feds are consolidating data centres, no, it won't be one big megacentre, and the interim panel is.... still interim.

But there were some aspects of the announcement worth some analysis. What was "new" about the strategy was in fact that the Federal Government doesn't just want a centralised data centre strategy as an option for agencies, but that it is mandating that agencies migrate to using services procured under this arrangement.

The key question becomes - at what point in time does migration to such services become mandated?

AGIMO - the Australian Government Information Management Office - has done its homework on this, and won't set something as arbitrary as a cutover date for all applications - at least, not in the short term.

"Most agencies are on cycles of hardware refresh over several years at a time," noted a spokesman for the Minister. "You don't just stop what you're doing and switch over."

The solution for AGIMO is to come up with several "trigger points" - be it asset refresh cycles, the end of an outsourcing contract, the end of life for an existing data centre or a "significant expansion" of data centre capacity.

Some of these, such as the end of an outsourcing deal, are easy to define. But how much new hardware represents a "a significant" refresh? What if you just add some blades to your chassis, or spin up a bunch of virtual machines on your existing kit? Does that constitute a refresh?

Finance doesn't have any hard and fast metrics.

"We take a pretty reasonable approach," the spokesman told iTnews. "I don't anticipate any difficulty working with agencies at all."

Indeed, most Government stakeholders at the CeBIT data centre summit in Sydney were broadly supportive of consolidation efforts.

"We're all for it," said Michael Curran, a technical specialist for Austrade. "I'm looking forward to not having to manage a data centre!"

The Department of Human Services - which via the merger of Centrelink, Medicare and several other agencies will become an IT superpower within the Federal Government, was also enthusiastic.

"We welcome the strategy and look forward to working with AGIMO," said Yusef Mansuri, an enterprise architect working for the department.

But back to the more telling question - what if an agency liked its current data centre arrangements and wasn't keen on the panel of suppliers?

The Finance spokesman told me the department doesn't anticipate such a problem, but they must have considered it as some stage - because agencies can, if they wish, opt out.

Yes, that's right. Provide Tanner with some good enough reasons, and you can stay exactly where you are. Finance has even provided a guide on how to do it.

Those that wish to opt-out are asked to "prepare a short business case based on a genuine business need." The agencies would have to have either economies of scale to justify non-participation, or be able to prove, for example, that participation would have adverse implications for national security or privacy. Agencies might also opt out purely by proving that the cost of migration ("compliance costs") would be too hefty.

Without entering into these details, Tanner said that all agencies should theoretically jump aboard the consolidation wagon within the next 15 years.

"We are mindful that we need to minimise our impact on [an agency's] autonomy and choice while aggregating their data centre needs," he said.

"The willingness of agencies to work collaboratively with us shouldn't be underestimated."

What happened in the interim?

The Government claims that ten Federal agencies are already looking to take up space within the five data centres launched as an interim panel for the strategy (Global Switch, Polaris, Canberra Data Centre, HarbourMSP and Fujitsu).

But of these ten opportunities at "various levels of engagement", iTnews can confirm that only one of the five data centres has enjoyed any additional Government work to date - Canberra Data Centre, which took on $4.9 million of work from the Department of Human Services.

Tanner's speech also did little to instill confidence in those that argue the Federal Government should be a big user - if not a provider - of cloud computing services.

Tanner told the audience he was wary of locking agencies into a technlogy for an extended period of time. But he played down the near-term impact of cloud computing.

"To a degree yes, cloud computing is one of the issues in play," Tanner said. "But that is a story in progress generally around the world - and as is always the case - there is an early wave of hype before broad adoption - distinguishing between the two can be challenging.

"We will be proceeding with some caution - concrete decisions have to be made by agencies through a coordinated process. [Cloud computing] is clearly on the horizon - it's got more substance to it than a fad. But we have to live in the here and now and project forward five years - and think about solutions that will be working now."