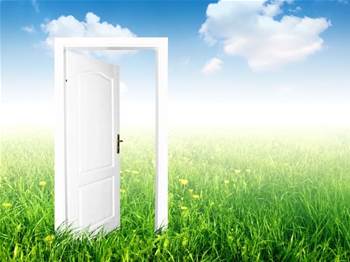 Senator Lundy, a former Shadow Minister for IT, said she'd elected to focus on open source as the biggest potential game changer across the portfolios she's involved in.

“I had a look at all the big public policy issues that I think have the most capability to change the way we do things for the better, and open source was the standout for me. I’m involved in a lot of different policy areas ranging from sport and health promotion, right through to things relating to IT, but this one has the greatest potential because it’s a different way of solving problems, and it’s a way that I think can help organisations capitalise on corporate knowledge and share that knowledge.”

Several participants at the summit warned that legal reform is needed around intellectual property law. Senior software developer and open source community figure Dr Andrew Tridgell warned that innovation in IT risks being nobbled due to a patent law framework which can't accommodate similar ideas being developed independently.

"The key issue that needs to be solved is independent invention. IP doesn't cope with the commonly occurring 'idea whose time has come' - the patent system considers that a crime," Tridgell said.

The Deputy Vice Chancellor of ANU, Professor Lawrence Cram, warned that the Australian public is losing access to university research done in tandem with industry due to a legal framework which is failing to protect open access to information.

Professor Cram alluded to three separate incidents at ANU which had raised problems of access to research. He said that in the most recent case, ANU researchers will lose access to research data they'd developed with an industry partner which had decided mid-way through the project to protect it as a trade secret.

"We need to be very careful and very thorough at looking at adverse consequences of legislation on openness and at the conditions which are attached to funding regimes," he said.

Cram, the former executive director of the Australian Research Council, said the disappearance of university research into private hands flies against the obligation of universities to communicate the findings of their research to the public, and ensure the public can benefit from that research.

Cram said that ANU is on track to complete the "very difficult" task of moving to publish its academic research results in the open commons, to allow free access to that information.

"This is an excellent outcome for our researchers and the community," he said.

Senator Lundy said the ideas and proposals raised at the Foundations of Open Event would be fed into Prime Minister Kevin Rudd's 2020 Summit later this month and to the relevant portfolio holders in the Rudd government.
Got a news tip for our journalists? Share it with us anonymously here.