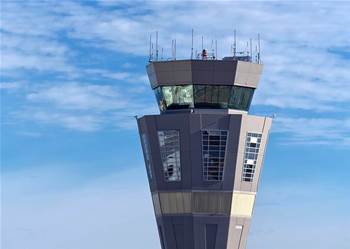 Beleaguered efforts to modernise and unite Australia’s civilian and defence air traffic control systems will run a whopping ten years late and cost more than double their original estimate because original offers from suppliers lapsed due to bureaucratic delays.

Those are just two of the excoriating observations contained in the long-awaited Australian National Audit Office’s autopsy of the deeply troubled OneSKY project that was mysteriously pulled from the government’s troubled project list by former Defence Minister Marise Payne.

The audit into the contractual arrangements surrounding the massive and nationally critical project paints a bleak picture of delays in decision making processes that took so long that offers from suppliers simply lapsed.

“Negotiations took so long that the offer submitted by the successful tenderer expired and the lives of the existing separate systems needed to be further extended. Negotiations also resulted in a late change in the contracting model from the one that had been presented to the market in June 2013,” the audit said.

“If the current contracted timeframes are achieved, there will be a more than ten year delay (from 2015 to 2026) in the replacement of the existing separate civil and military systems compared with the timeframe envisaged at the start of the procurement process."

Initiated by Labor in 2009 after the 2009 National Aviation White Paper, the project was supposed to meld separate civilian and Defence air traffic control platforms to increase safety and efficiency.

However the move was resisted by civil aviation controllers who were lined up for redundancies as two disparate systems supposedly became on.

That will now not happen until 2026 by the ANAO’s reckoning, giving the upgrade project a total lifespan of 17 years.

As Defence and other parts of government have experienced before – think Tax’s Change Program – project length and repeated delays can easily snowball into increased costs when negotiation offers lapse.

“Delays with tender evaluation activities were exacerbated by even longer delays in the negotiation phase. Negotiations took so long that the offer submitted by the successful tenderer expired and the lives of the existing separate systems needed to be further extended,” the Audit said.

“There is inadequate assurance that the acquisition price is consistent with a value for money outcome.”

How value leaching occurs is painfully illustrated by the cascading effect of contract rollovers as the clock keeps ticking.

“The delays in negotiating and finalising an acquisition contract, together with the scheduled delay in replacing the existing separate civil and military systems, have required the lives of the existing systems to be extended beyond that which was originally envisaged at an estimated cost of at least $212 million,” The Audit said.

The length of time taken by agencies to decide tenders, as well as the amount of labour and resources suppliers must expend to transact with the government have been a staple complaint of industry for decades, with big players often the only survivors of the procurement process.

In the case of OneSKY, even efforts to keep the project moving triggered governance warnings, especially over who signed off on what.

“An evaluation report addressing each criterion, the expected total cost of ownership and whether the negotiated outcome represented value for money, was not prepared by the CMATS Review Board (CRB) and provided to the Airservices Board to inform the decision to sign the acquisition contract,” the Audit found.

“Rather, the Board was provided with a report prepared by the Lead Negotiator, who was not authorised to and did not undertake a full evaluation of the offer.7 The records of the relevant Board meeting do not identify or discuss the provision of the February 2018 Lead Negotiator’s Report, and do not outline the value for money considerations of the Board.”

Agencies, however, are not taking the Audit lying down, especially as OneSKY would be far from the first rationalisation program thought up by an expert that differed vastly in terms of the reality and unanticipated complexity.

One question not being asked by the ANAO is whether the project was not a great idea and wildly over optimistic from the start. Air Services drives back the point that air traffic control is not something that should be messed with unnecessarily.

“Air traffic control systems are not an off-the-shelf product and there are only a very small number of suppliers of air traffic management systems worldwide. Each system is a system of systems which must cater for a nation’s differing requirements including airspace coverage, surveillance inputs, system interfaces, national security and the specific requirements of the local aviation industry,” Air Services responded.

“These differences create complexities and mean that all air traffic control systems are unique for each country. Furthermore, recent international experience in air traffic management system procurement has demonstrated the importance of ensuring that scope is locked down as early as possible, that operational and safety assurance requirements can be met, and that the negotiated contractual terms are appropriate to manage any risks that emerge during the execution phase of a program.”

And the systems don’t come cheap.

“The Airservices Board, as the approval authority for the acquisition, clearly understood and acquitted its obligations in relation to making all reasonable enquiries to ensure the contract represented value for money,” Air Services said.

Defence also declined to turn the other cheek.

“Defence acknowledges there is room to enhance the administrative arrangements supporting and documenting actions and decisions in such a complex program,” the department said.

“Defence maintains however, that its procurement of a Civil and Military Air Traffic Management and Control System adequately demonstrates value for money.”