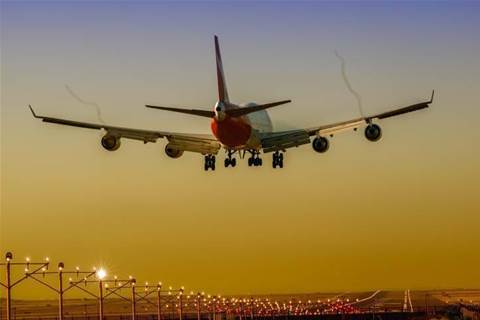 Decision formalised by department despite reservations.

It left senior Defence officials with reservations that included the view that the vendor, Thales, “should be required to ‘get some runs on the board’ before removal”.

The findings are contained in an audit [pdf] of Defence’s ‘projects of concern’ list released this week, which found the department unable to “demonstrate the effectiveness of its regime in managing the recovery of underperforming projects”.

The list is used to manage “underperforming materiel acquisition projects” by requiring involvement by senior Defence officials and regular reporting to government. Both entry to and exit from the list is decided by the Defence minister.

Never shy of bowling up the bad news, the Australia National Audit Office (ANAO) found inconsistency in the application of the underperformance regime, including the department’s jointly managed project with Airservices Australia, dubbed OneSKY.

The project was placed on the list by Payne in May 2017 on “Defence’s advice that the vendor’s performance had been poor, but was improving”.

This was a little over six months before the contract signing with Thales, where Payne announced the project would be removed for the list.

But at that time Defence had only committed to reconsidering its removal, which the audit office said had been “interpreted subsequently as 'automatic removal upon contract execution'”.

“Defence had not provided a briefing before the ministers’ announcement and subsequently prepared documents to ‘formalise’ the decision,” the audit states.

“As it did so, reservations held by senior Defence officials about removing CMATS from the list became apparent, including a view that the vendor should be required to ‘get some runs on the board’ before removal.

“Given the commitments already made and vigorous representations received from Airservices Australia, internal Defence consensus was reached to proceed with documentation for formal removal.

“However, the view that there remained a risk of the project returning to the Projects of Concern list was accommodated by making it a Project of Interest.”

The audit found the approach Defence took did not observe the approach taken for other projects, where removal from the list “has consistently turned on a management judgement that risks have been sufficiently contained as well as the satisfaction of a specific metric or similar criteria.”

While the project’s exit from the list was done under extraordinary circumstances, its path onto the list was equally unusual.

The audit also reveals OneSKY was kept off the list for 19 months at the request of Airservices Australia CEO Jason Harfield.

This was despite Defence determining that the project was a “strong candidate” for inclusion on the list, after a review identified governance problems.

“After an Independent Assurance Review in November 2015, Defence proposed it become a Project of Concern but, on the advice of the CEO, Airservices Australia, postponed the decision,” the audit states.