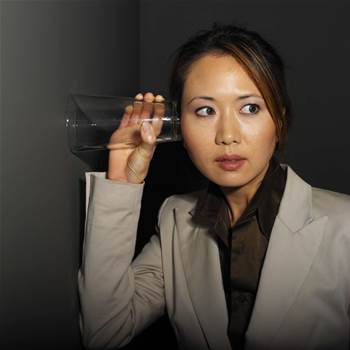 Lack of clarity when police seek data stored by ISPs.

The Commonwealth Ombudsman has for a second time raised concerns with the Attorney-General over the way Australia's law enforcement agencies gain access under federal interception laws to emails and text messages stored by carriers and ISPs.

In its 2009-10 annual report [pdf] released late Friday, the ombudsman said it was involved in inspection and oversight of 16 different agencies "in relation to the use of covert powers".

It conducted 17 inspections for 15 agencies on their use of the stored communications access scheme described within the Telecommunications Interception Act (TIA).

The scheme was designed to "permit access to communications that have been stored [at rest] by a carrier," the ombudsman said.

Stored communications were usually emails and text messages, although they could also be video and images electronically stored by a carrier or ISP. Access to these messages required a warrant.

The ombudsman said that in 2009-10, "problems were again identified with respect to access of stored communications and compliance with the TIA Act.

"There continues to be disagreement about the requirements that legislation places on both agencies and carriers," the ombudsman said.

"These difficulties have been compounded by lack of record keeping demonstrating when warrants are executed.

"We have raised our concerns with the Attorney-General".

Similar concerns were raised by the ombudsman in its report the previous year.

The ombudsman also noted that it had raised some concerns with the Australian Federal Police (AFP) over telecommunications interceptions.

Interception typically involved recording telephone conversations "or other transmissions passing over a telecommunications network" rather than data at rest.

An inspection of AFP records saw the agency "generally found to be compliant" with the Act, although the ombudsman noted that "three recommendations were made, two of which related to the keeping of ‘use and communication logs' and the other to the description of offences on warrants".

Further concerns had been raised by the ombudsman with the AFP and the Australian Crime Commission regarding the way they sought extensions to surveillance orders.

Surveillance typically involved the use of listening devices, cameras and tracking devices and "usually required a warrant", according to the ombudsman.

Although there was a "high level of compliance" with legislated obligations, the ombudsman raised concerns with the two agencies "in relation to their preference to obtain new warrants to authorise ongoing surveillance activities rather than utilising extension provisions within the [Surveillance Devices] Act."

"While the practice of obtaining a new warrant is not unlawful, it has the potential to obscure the duration that a target has been under surveillance and the subsequent impact on the target's privacy," the ombudsman said.

"We have continued to draw attention to this issue with agencies and the Parliament."